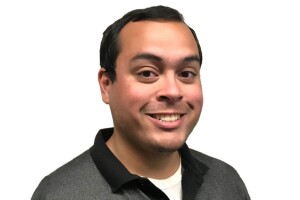 He's covered just about every news event in Pueblo and the surrounding cities and counties since 2017, including protests over the Christopher Columbus statue, severe weather and street flooding, the much-loved Chile and Frijole Festival, and wildfires.

Carl's news philosophy is everyone has a story to tell. He's been recognized by the Colorado Broadcaster's Association for his work on a documentary with the News5 Investigates team.

As he grew up in Las Vegas, Carl graduated with a Bachelor's degree in Broadcast Journalism from the University of Nevada, Las Vegas, with a minor in history.

"I like visiting the small towns that do not get a lot of attention. I like hiking, especially 14ers. I like going to the farms and trying to fresh food and produce, especially chile peppers and cantaloupes," Carl explains when talking about why he's everywhere in the community.

If you see Carl in your community, stop and chat with him about any story you may want him to cover!