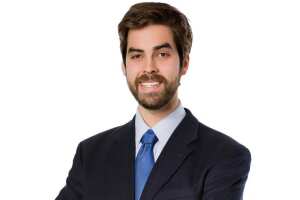 Jon McMichael is a Digital Multimedia Journalist for KOAA News5, specializing in telling stories about characters and events in Southern Colorado.

He was born in Texas, lived in Oklahoma for a short stint, then moved back to Texas. Now, 17 years later, Jon has left that flat, dusty, cactus-filled region of the Lone Star State to live among the mountains.

Jon received his bachelor's degree in multimedia from Abilene Christian University while working as an announcer for a local radio station. Immediately after his radio gig, he joined the reporting team at KRBC, the NBC affiliate in Abilene.

During his time at News5, Jon has enjoyed the opportunity to engage in several intriguing, bizarre, and fascinating assignments including hiking the Manitou Incline several times a day (and a week), getting an up-close look at the efforts of wildlife rehabilitation and relocation, talking with business owners shifting to a new paradigm amid the COVID-19 pandemic, and enjoying beautiful views while gathering stories about all Colorado has to offer.

Jon has won Awards of Excellence from the Colorado Broadcaster's Association for best documentary for his State of Wildlife: Rehabilitation Inside Colorado and Best Feature Report for Emma Crawford Coffin Races.

Why does he do what he does? He likes to tell stories, all sorts of stories. It’s as simple as that.