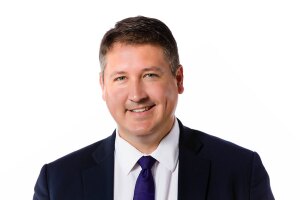 Andy Koen is a Pueblo native who's been on the News5 team as a member of production, a news producer, photojournalist, and reporter since 2003. You can now see his reporting weekdays and weekend nights on KOAA News5.

His story about structurally deficient bridges was recognized by the Colorado Broadcasters Association for Best Investigative Report. He was also featured in an episode of Storm Stories on the Weather Channel for a report about severe street flooding beneath the 29th Street railroad bridge in Pueblo.

Other memorable stories are the CSU-Pueblo football team National Championship, the Waldo Canyon Fire, and the Black Forest Fire. Andy is especially proud of his coverage on the attempt to bring the Orem Owlz Minor League Baseball Team to Pueblo, even though the deal ultimately fell apart.

Andy now focuses on constitutional issues impacting Coloradans and making sure the money spent by public officials is spent wisely.

"I believe journalists have a responsibility to the communities they serve. Our primary job is to keep the public informed, but we must also be attentive to the people we serve. It's something I strive for in my work."

Andy studied broadcasting at Colorado State University-Pueblo before earning a degree in Broadcast Journalism from Sam Houston State University. He's a big fan of the Denver Broncos and Colorado Rockies.

You may see him from time to time, serving as the emcee for various community events. Some of the local non-profits he works with include the Pueblo Community College Foundation, the Steelworks Center for the West, and the Colorado Springs Therapeutic Riding Center.