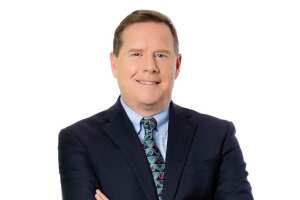 Cracked ribs and a broken finger are just one piece of evidence of News5 reporter Bill Folsom’s love for Southern Colorado. The wounds were the result of going over the handlebars of his mountain bike while riding one of the great local trails. Injuries are not the goal, but bumps and scrapes are the mark of adventures in Colorado and Bill loves taking part in almost anything that involves mountains, trails, rivers or anything else outdoors and challenging.

A lot of people live in Colorado for the lifestyle and Bill is known for finding, telling and sharing pictures of their stories. Those stories rarely are a few steps from where the car is parked. He loaded a camera and tripod in a backpack for a six mile hike to tell the story about a couple living full-time halfway up Pikes Peak. Then there was the time he got an offer from the fire department to take part in swift water rescue training. He stripped down hidden by two open car doors to put on a wet suit. A wireless microphone in a sealed sandwich bag and tucked in the collar of the wet suit added audio for viewers to better experience the story.

He is sometimes referred to as the human GPS and contact list. Bill does have a good sense of direction, but his skill for knowing how to get places and who to talk to on multiple topics comes from nearly 20 years reporting the news in Southern Colorado.

The list of major stories covered by Bill is long. His knowledge about wildfires is extensive after years of covering wildfires including the most destructive fires in Colorado history. He was outside the gates of Fort Carson as major security changes happened the day of the 9-11 terrorist attacks. He reported during the Columbine High School and Planned Parenthood attacks in Colorado. When seven escaped prisoners from Texas were found hiding in the mountains of Colorado, Bill was on the edge of the stand-off reporting for both the local and national news.

Bill loves to try local eateries. Sampling Colorado farm to table is where you will often find him on a Saturday morning in the summer. Bill is far from a chef, but is a pretty good cook. He also likes to put on something more formal to enjoy some culture via a local music, theatre, or art venue.