COLORADO SPRINGS – Community leaders are looking toward conservation and new technologies as they plan decades into the future to keep delivering water to a thirsty community. With a population of roughly 464,000 residents, Colorado Springs is the largest city in the state not positioned near a river or major water source.

The water system that’s evolved over the decades now stretches across 11 counties and consists of dozens of reservoirs and hundreds of miles of pipelines and other conveyances. The man in charge of keeping track of that increasingly complex system is Patrick Wells, the General Manager of Water Resources and Demand Management for Colorado Springs Utilities. 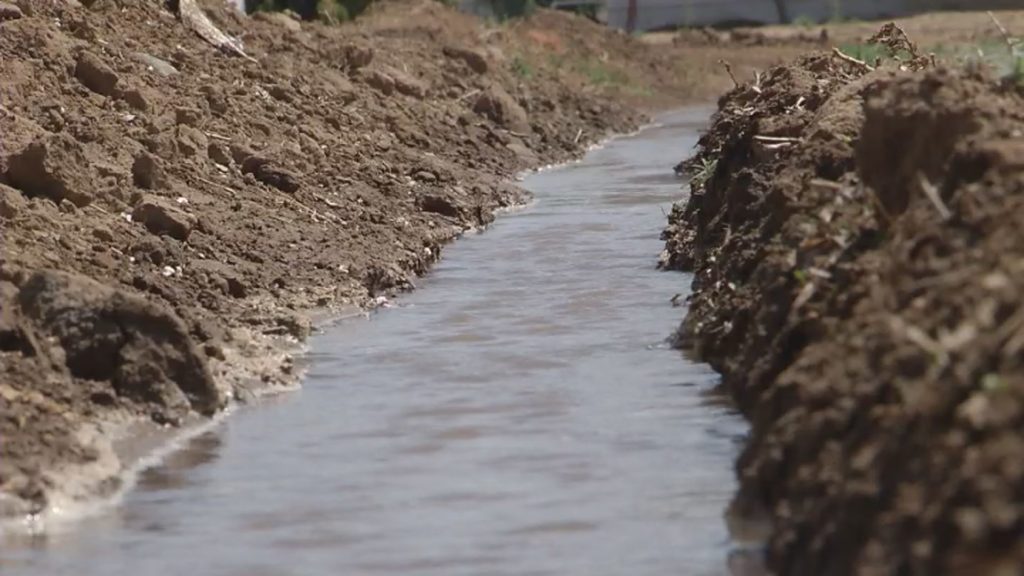 Population projections contained in the Integrated Water Resources Plan published in 2017 estimate the city will reach 700,000 residents over the next 50 years. Wells said newer water sources such as the Southern Delivery System will accommodate that growth early on. However, additional sources will be needed in later decades.

“We’ll need about 50 percent more supply to meet the customer demands and address these water supply risks that we’re talking about,” Wells said.

Those water supply risks include droughts, pipeline, and infrastructure disruptions and temperature increases due to climate change. Those risks were all included in the 50-year demand estimates.

These types of projects are politically delicate. Rural communities in the Lower Arkansas Valley are still feeling the sting from water acquisition programs in the 1970s and ’80s.

“They just came in, bought the water and just really had an economic and environmental disaster they left behind,” said Dr. Miike Bartolo, a Senior Research Scientist at Colorado State University’s Arkansas Valley Research Center in Rocky Ford.

“When cities like Colorado Springs, Pueblo, Aurora needed that water, they traditionally came out, bought these water rights from normally productive agricultural lands, dried them up and it’s had a pretty devastating effect on the local economy.”

Several farmers in Crowley County sold their water rights which required the land to be returned to its natural vegetative state. That otherwise fertile soil near the banks of the Arkansas River now sits unproductive. The cities who bought the water rights diverted it upstream through various mountain pipelines.

Bartolo studies irrigation technologies for agricultural use. A drip line system being tested used at the research center is more expensive to install than traditional irrigation methods, but it’s also extremely efficient.

“Were using about 50 percent less water than traditional furrow irrigation that we have over there,” Bartolo said.

That efficiency may hold the answer for balancing future water demands. Existing water law is based on a use-it-or-lose-it principal which incentivizes farmers to maximize their water consumption. However, if they reduce consumption, it creates an opportunity to lease some of their water to municipal utilities.

Bartolo said rotational fallowing of fields could give farmers flexibility to supplement or replace crop earnings with water lease revenue.

“I think we’re beginning to see new ways that farmers can use that, maybe work cooperatively with the cities rather than antagonistically with them to help get them through times of drought and things like that,” Bartolo said.

The 50-year plan in Colorado Springs calls for increased use of agricultural water leases as part of a balance water portfolio. Other components include further reductions in water demand through conservation programs and reusing water to the extent that water laws will allow.

For more than a decade, Colorado Springs Utilities has educated homeowners in the City on how to limit water consumption through xeriscaping demonstration gardens at the Conservation and Environmental Center. Water demand has measurably dropped.

“We’re actually using roughly the same amount of water that we did in the mid-1980s with roughly 80 percent more population,” Wells said.

But Bartolo said water rights are continuing to be sold in the valley causing more and more farms to dry up. He wonders if the price of growth is too high.

“I just can’t understand how that can happen, how we can lose that sense of value for this wonderful God-given entity that we have and just throw it away for what, just we want a few more jobs a few more people we want another strip mall?”