COLORADO SPRINGS – A career artist with about a decade of work in the Disney animation studios has recently set up shop in Colorado Springs and is continuing in a culture of creativity.

Scott Burroughs and his wife Chrysti started their journey together at Air Academy high school, here in Colorado Springs, but soon spread their proverbial wings looking for adventure.

After some college education, “One day Disney came out recruiting,” finished Scott. That’s the moment Scott realized what he planned to do with his life.  “I just fell in love,” he continued.

So, with a few stops in between, more school and animating video games for several months creating content for Sega Genesis, Scott soon found himself working at Disney, animating during the golden 90s era.

His first project, part of his internship, was working on Pocahontas.

“I remember when Pocahontas’s dad got shot, I was the person helping to draw the gun in the hand that actually did that, which I thought was fun,” Scott related.

Then, Scott was hired on full time and worked on a few other movies that you may have heard of. “Hunchback, Mulan, Lilo and Stitch, Brother Bear, Emperor’s New Groove,” Scott recounted. He also did work on Fantasia 2000 and several animated shorts for the company.

In the above movies, he was in charge of animating:

Each week was a new scene, 24 pictures per second, and each scene was at least a few seconds long.

“I would go home at night, especially during overtime, and just from drawing my hand would be in a claw.”

But after nearly a decade of working at the animation studio, it closed down, which meant some changes were in order. After moving and finding new work, moving again and switching to freelancing with occasional teaching gigs, the couple finally moved back to Colorado Springs.

“We’ve gone all around,” he mused. 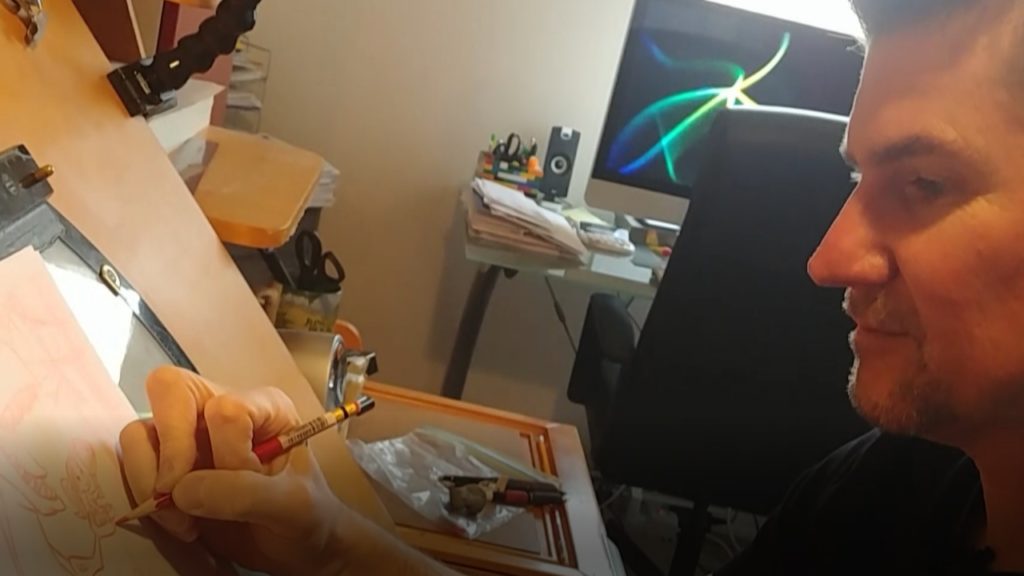 Now, while continuing to freelance, Scott and his wife are trying out some more teaching, offering animation classes to those interested.

The goal is, “Creating something where the first time person and the person with experience would actually be able to come and learn.”

However, so far, it’s not taking as he’s seen low attendance in the few classes he’s hosted. “Right now it doesn’t look like there’s a market,” Scott stated.

But whether it succeeds or fails, this Colorado creative and his incredibly creative family seem to have a momentum that can’t be stopped, and their imagination and innovation will go on, just maybe under a different guise.

“I hope that while we’re here, we can add something to the art community that’s here in Colorado Springs,” finished Chrysti. 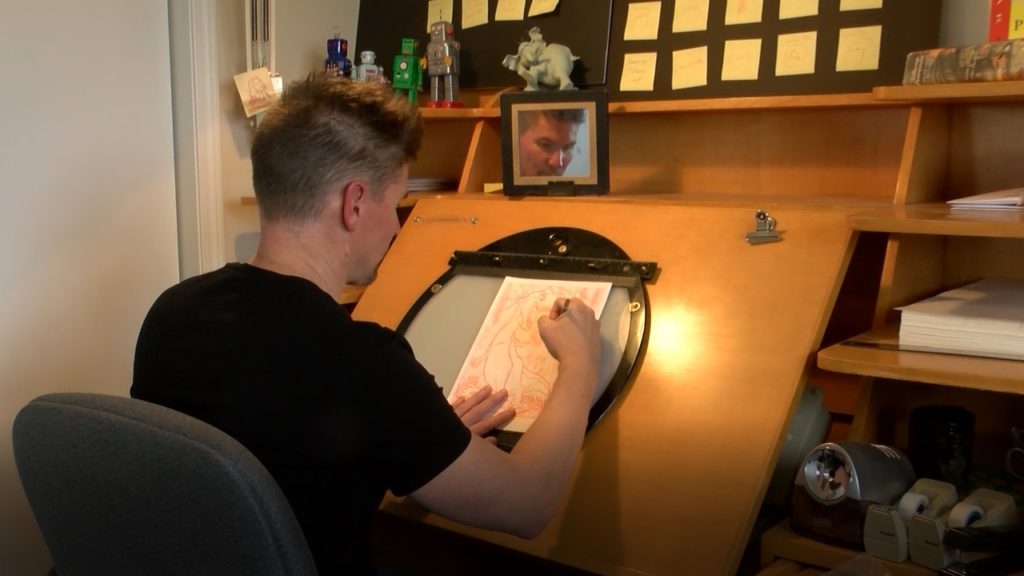 Scott’s last planned class is November 10th. So if you would like to find out more information on that, or Scott, or his art; then just follow the links below: