According to a recent report from the Colorado Health Institute (CHI), “Drugs are killing more Coloradans than ever.”

Of course, there were some counties that were hit harder than others.

While the rate of deaths per capita is low in El Paso County compared to other areas, it did suffer the highest number of fatalities statewide from the epidemic. 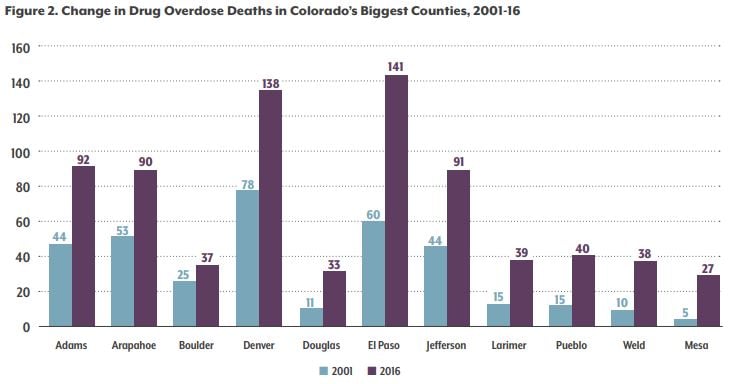 In 2001 the county recorded 60 deaths related to drug overdoses. However, in 2016 that number more than doubled to 141 deaths; a number that tops even Denver County’s 138 fatalities.

While overdoses resulting in death continue to rise, it seems prescription opioid overdosing has plateaued. In 2016, 300 died of prescription overdoses; down from 338 in 2014.