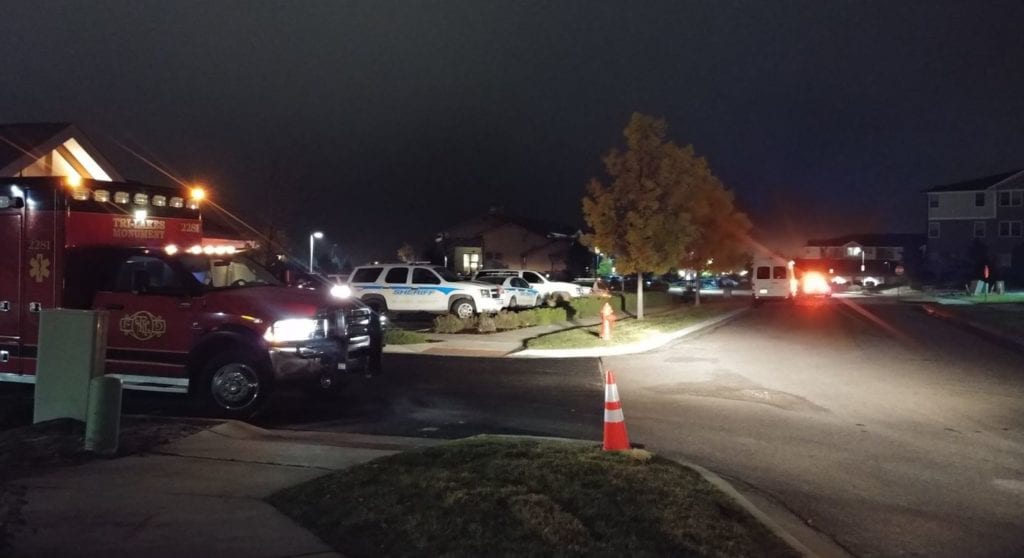 MONUMENT – A standoff in Monument Wednesday night ended peacefully with one man in custody.

The standoff happened in a neighborhood near Jackson Creek Parkway and Leather Chaps Drive.

The Monument Police Department says it started with a report of a man harassing his roommate. The situation escalated, and the roommate allegedly grabbed a weapon.

When police arrived at the scene, the man wouldn’t come out of the home, so the El Paso County SWAT team was called in.

The roommate was able to get out safely along with a child who was also in the house at the time.

The suspect was eventually taken into custody. He will be charged with felony menacing. His name was not released.