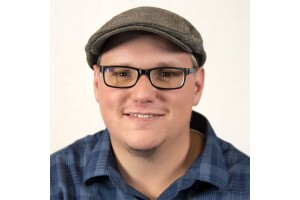 Chris Loveless has been covering news and weather in Colorado since August of 2002. During that time, he has worked as a Digital Content Director, Producer, and Photojournalist. He joined the KOAA News5 team in May of 2018 as a Producer for News5 Today.

Chris has covered many major news events over the years, but the one that stands out in his mind as most memorable is the Waldo Canyon Fire. Such a catastrophe seemed unimaginable before that day. Chris will never forget the surreal feeling and devastation of watching live video of homes burning in Mountain Shadows as thousands of people clogged the highways trying to escape the northwest side of the city.

During the course of his career, Chris has produced newscasts that have received multiple awards, including a Regional Edward R. Murrow Award and two Colorado Associated Press awards.

Chris's love for the Pikes Peak Region and his desire to document the history of Southern Colorado drove him to get into the television news business fairly early in life, beginning with an internship at KRDO-TV during his senior year in high school.

Chris was born in Colorado Springs at the old St. Francis Hospital downtown. He grew up in the Security-Widefield area and studied at Widefield High School and Pikes Peak Community College.

Chris's favorite thing about Colorado is its diverse landscapes and climate. From the western slope to the central mountains to the eastern plains, Chris is fascinated with every corner of Colorado and the natural differences that make each region so unique.

When he's not tracking down news, you'll usually find Chris walking on one of the region's beautiful trail systems or working in his backyard garden.