DENVER – The Colorado Department of Revenue owned up to a big mistake on Wednesday. New computer software which was rolled out at DMV offices statewide last summer overtaxed some 100,000 car owners in December.

“We apologize that this issue happened,” said spokesperson Sarah Werner. “Obviously, we work hard to make sure that everything is correct, and sometimes that doesn’t happen. We are committed to making sure that this is made right for all of the people who are affected.”

The error occurred with the collection of what’s know as Specific Ownership Taxes. Those rates are staggered to drop for every that a vehicle ages. For example, a new car with a Manufacturer’s Suggested Retail Price of $20,000 will be charged a specific ownership tax of 2.1 percent or $420. The following year, the tax rate drops to 1.5 percent of MSRP, or $300. 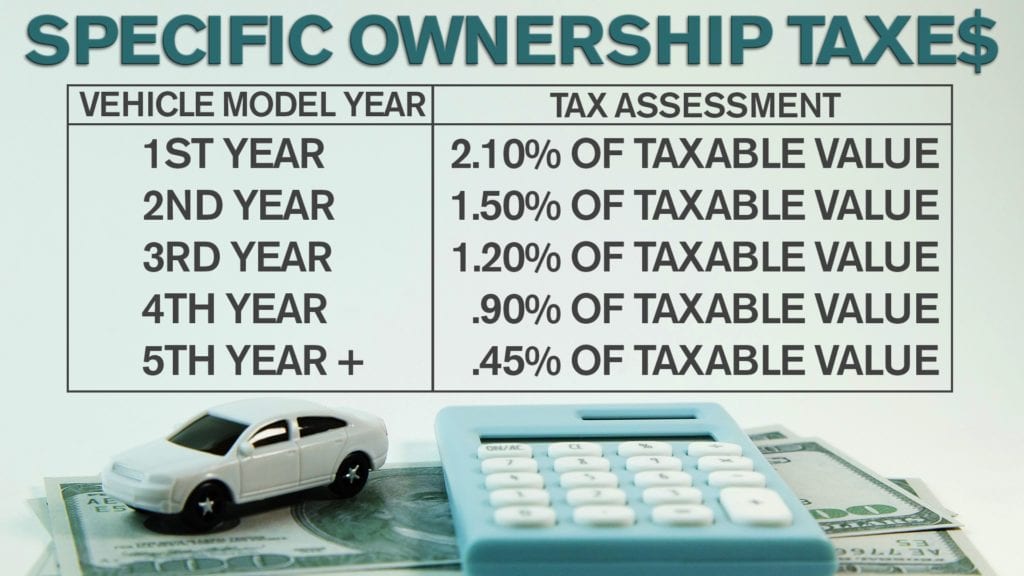 Werner explained the error only affects newer vehicles with model years of 2014 to 2018, and those made in 2010 because of the tiered tax rate scale. It also only affected vehicles that with registrations that expired in December.

“When your registration expires in December, your new registration year actually begins in January,” Werner explained. “And because it’s a new calendar year, the system just didn’t change the calendar year which makes those specific ownership tax rates go down.”

She said on average, people overpaid anywhere between $50 and $120 depending on the value of their car. The state has identified all of the affected owners and will be contacting them individually.

“They don’t have to take any action at this time, they don’t need to go into their county motor vehicle offices,” she said. “They will receive further information from the Colorado Division of Motor Vehicles.”

Clerk and Recorder Chuck Broerman estimates that around 4,000 vehicle owners in El Paso County were overtaxed by this computer error.