Janet Huffor, chief of staff in the El Paso County Sheriff’s Office, was thinking of ways for the community to show its support for Colorado Springs Police Officer Cem Duzel, who was shot in the line of duty Thursday morning. She determined a candlelight vigil outside the police department’s operations center was the best option, with dozens of people expected to attend.

But what transpired Friday night was much more than that.

More than 200 people came to Boulder Park for a community gathering that featured speeches, prayers and the lighting of candles in support of Duzel. 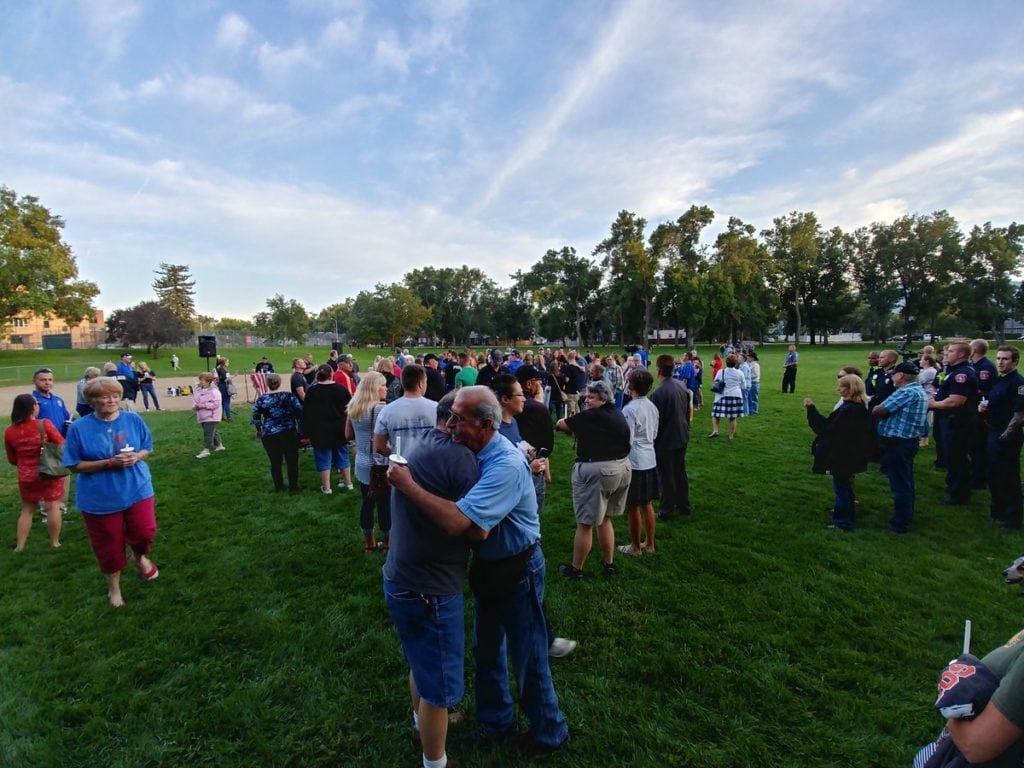 “To be able to come out here tonight and have the amount of community support from El Paso County tonight was amazing,” Huffor said.

A community still mourning found a way to come together into a congregation. They shared love, thoughts and hope for Duzel’s recovery following Thursday’s shooting.

The event included several speakers including Chenoa Flick, the mother of El Paso County Deputy Micah Flick, who was killed in the line of duty almost six months to the day.

She spoke powerfully about the impact community support has had for her family, now calling for that same outpouring of love for the Duzel family.

“And we have had many of you still walking with us day-by-day, step-by-step, and your prayers are powerful,” Flick said. “And so we’re here today to pray for Gem.”

The vigil’s relocation actually happened to be a blessing for the event. Moving to Boulder Park meant UCHealth’s Memorial Hospital was just feet from the gathering.

Duzel’s parents, who flew in from New York, were able to watch the vigil from their hospital window as hundreds hoisted candles into the air in support for their son.

Lea Wallace came to the vigil Friday. With law enforcement in her family, she said it was imperative to show her support for Duzel.

“To show the family and the whole law enforcement community that we love them, we appreciate them, and we are here for them,” Wallace said.

The event as a whole was a brief ray of hope as Duzel fights for his life.

The strong showing of support was really geared toward all law enforcement, who have endured a tragic year in Colorado. Chris Brown, a retired Colorado Springs Police officer, said officers under all badges need to lean on each other to grieve, and never stop serving the local community.

“Cling to each other and cry on each shoulders and scream. Do whatever you need to do to express your frustration and then go put that uniform back on and go serve this community, because they need you,” he said.

Doctors are focused on keeping swelling around Duzel’s brain down Friday night. It truly is a fight for his life, one that those at Friday’s vigil hoped they helped with their love and support.