The Colorado Springs Fire Department says the cause of a fast-moving wildland fire that burned 386 acres in El Paso County was due to improper disposal of a cigarette.

The fire started a little before 5:30 p.m. Monday, just east of Highway 24, and grew quickly due to wind gusts reported at nearly 30 mph. Fire officials two grass fires were found upon arrival and spread rapidly through nearby grass.

More than 20 agencies responded to the fire as mandatory evacuations were put in place for nearly 280 residents.

Evacuees were able to go to Patriot High School where Red Cross set up an evacuation center until the fire was contained, which was around 10:00 p.m.

Fire officials said shifting winds caused the fire direction to change several times, requiring fire crews to constantly change their plans of attack. Heavy smoke was visible throughout El Paso County for most of the afternoon.

Firefighters continued to work throughout the night to extinguish any remaining hot spots.

There were no structures lost or injuries reported.

Southern Colorado was under a Red Flag warning due to high fire danger and strong winds. 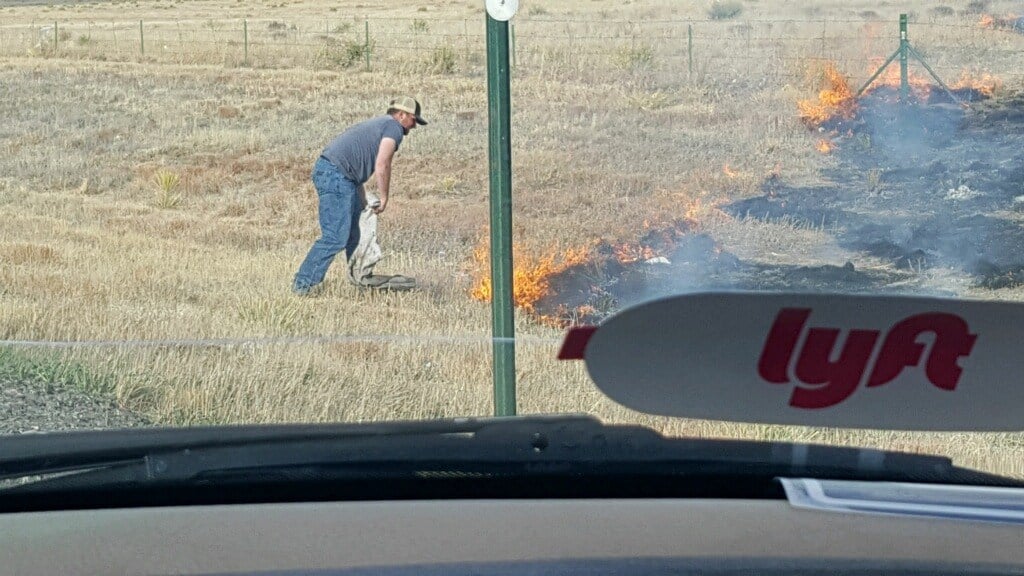 No structures lost as crews get Highway 24 fire contained