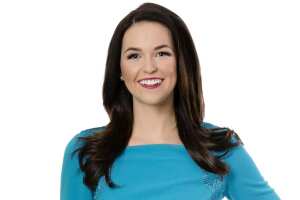 While in Idaho she did a little bit of everything including anchoring the morning and noon shows, producing, and reporting. She covered everything from wildfires that ripped through the foothills, health care billing problems for veterans, and yes, potatoes.

When it comes to journalism, Alasyn loves to be where the action is and hearing from the people it impacts the most. She believes there are problems to uncover and solutions to find to make the places we live better. More importantly, she loves finding those stories that inspire communities to come together during the toughest of times and capture those moments.

Alasyn graduated from the University of Colorado- Boulder with a bachelor’s in Journalism.

In her free time, Alasyn enjoys exploring the mountains by hiking and camping, going to concerts, and dancing. She’s very passionate about volunteering for several organizations. In Idaho she co-hosted a day long telethon for the Make-a-Wish Foundation, and volunteered for fundraisers benefiting Primary Children’s Hospital.

What Alasyn loves most about Colorado is that most of her family lives here now, including her nephews. She is also excited to summit as many 14ers as she can and explore every corner of the state.

One of her most memorable assignments in the gem state was a story about a man who learned his brother’s remains from the Korean War had been found, more than 60 years after he disappeared in combat.

Alasyn loves meeting new people and finding out what’s going on, if you have a story idea or just want to say hello feel free to connect with her on social media or send an email!