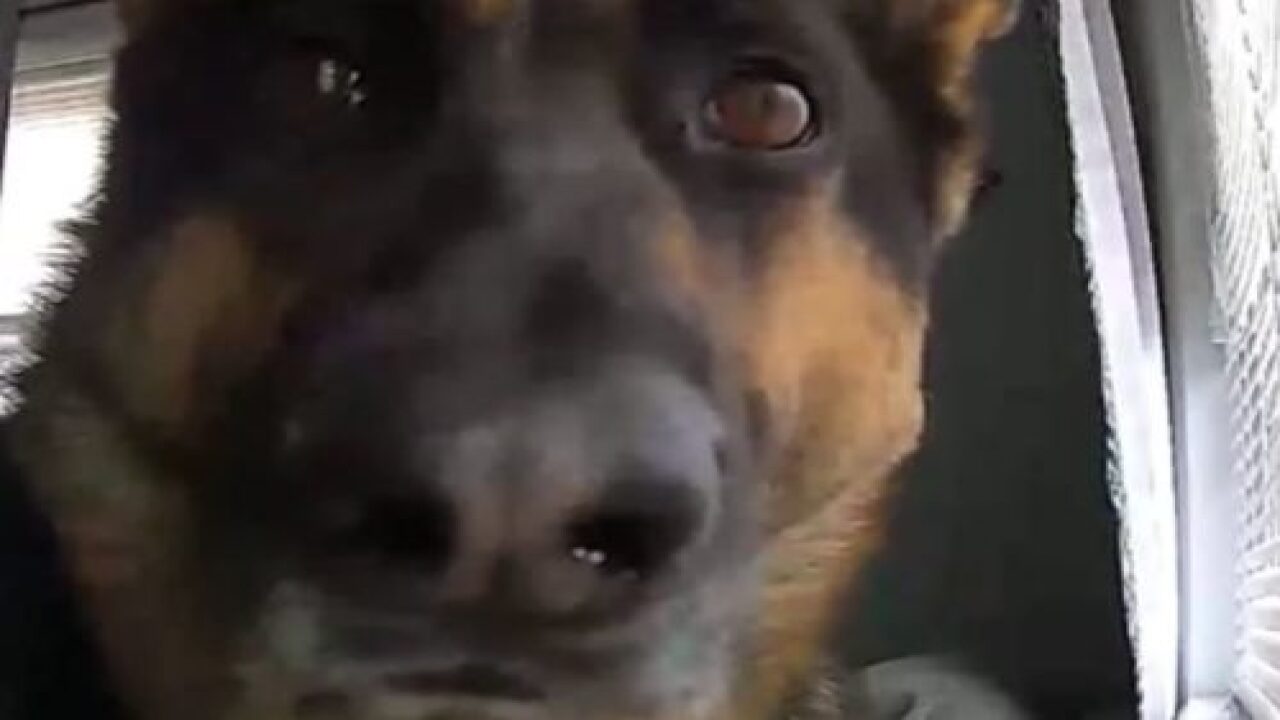 In the age of porch pirates and stolen packages, having a motion detection security camera for your home is a great idea. However, one family was in for a surprise when they checked the live feed for their camera after it alerted them to movement, only to find close-up footage of their adorable 3-year-old German Shepherd, Sasha, who is now an internet star.

Take a look at the super-cute video below. In it, the Wyze Cam Pan camera starts out pointed out the window but slowly turns when it detects motion inside the house. Instead of a burglar, the camera finds Sasha the German Shepherd staring at it while perched on the sofa. Sasha gives the camera a head tilt, seemingly trying to figure out more about this object that moves around but doesn’t otherwise respond to her.

So my dad just came into my room and said “Sasha you’re now viral!” After a few zoomy spins of excitement I calmed down and realized I have no idea what viral means, but my dad gave me a cookie so WOOO!!! VIRAL!!! #viral #germanshepherd #sashatheshepherd

The video reportedly went viral after owner Joe Corsi posted it to a German Shepherd Owners Facebook group in early July. It has since racked up over 2 million views with many commenters describing it as funny and “too cute.”

While this is Sasha’s first viral video, her Instagram account @sasha_theshepherd, has plenty of other pics and videos of her, like this photo of her looking out the window, waiting for her owners to come home:

How I wait every day for my hoomans to get home! #hoomans #germanshepherd #viral #dog

Sasha’s owner describes the expression in this photo as “fake smiling”:

Anyone else have a hard time smiling on command? I just feel like my fake smile is so unnatural, what do you guys think?? #germanshepherd #sashatheshepherd #viral #dog @german__shepherd_club

In this photo, Sasha shows off her multi-colored tongue and princess crown:

#germanshepherd yeah, I'm cute… tell me something I don't know

Since the video was posted, Sasha’s popularity has grown on social media, and she now has over 3,000 Instagram followers, up from 1,000 just a few days before.

With such a darling personality, Sasha may be on her way to becoming a famous pet influencer. She certainly could be an adorable spokesdog for security systems and motion detector cameras.