Viral Videos Explain How School Dress Codes Can Be Sexist 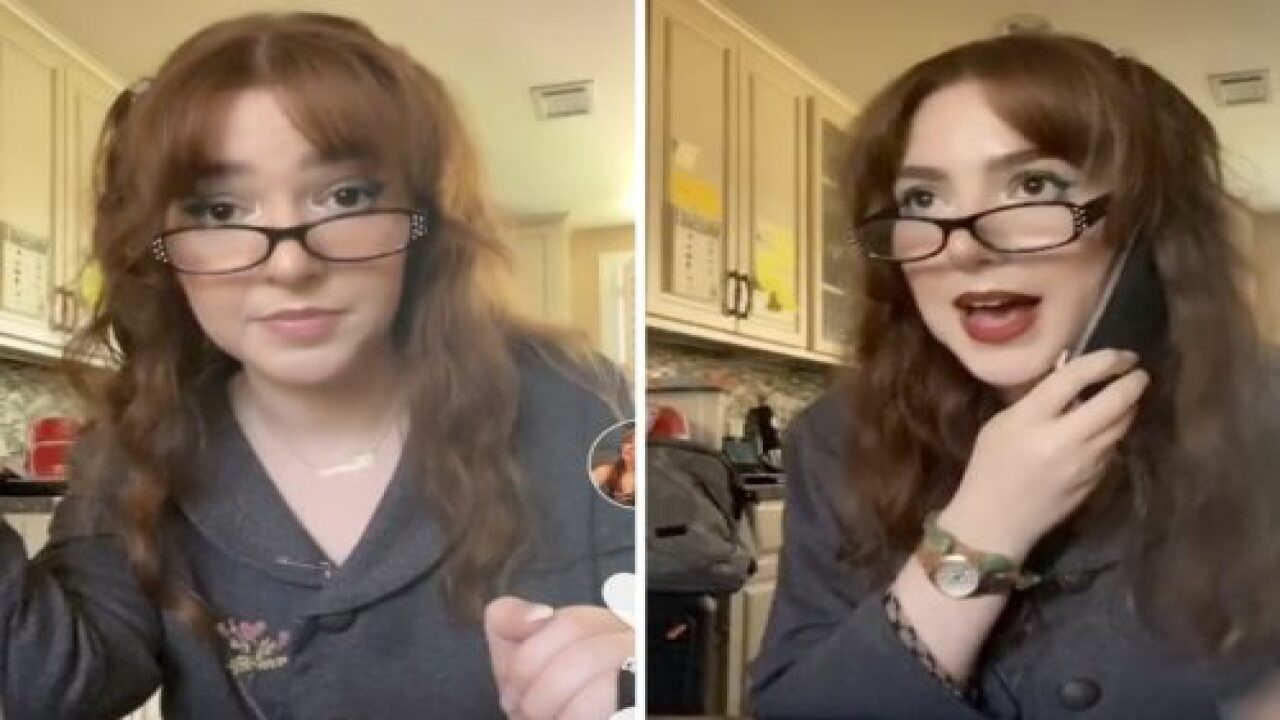 School dress codes often have good intentions as school administrators and teachers look to keep kids focused on their studies. Yet, the wording and enforcement of these rules have often caused controversy by creating a sexist environment for young women.

TikTok user and actress Nicole Ciravolo recently posted a series of videos where she portrayed a school secretary talking to — and standing up for — a female student sent to the office for a dress code violation by a male teacher. And with more than 11 million views on the first video of the trio alone, it’s clear Ciravolo’s message is resonating with people.

“There’s nothing more disheartening than feeling sexualized by a male teacher and not having any female faculty defend you,” the actor told BuzzFeed. “So I wanted to create a character — sort of the wish-fulfillment hero I needed in high school — to show people how those experiences could have happened if they actually had someone in their corner.”

In the first video, Ciravolo’s character reveals that the student she’s talking to has been sent to the office because her tank top is “distracting.” She quickly gets to the point: The teacher says her tank top is (supposedly) distracting the boys from their test prep, and now, the girl is the one whose education is interrupted:

@nicoleciravolo##POV: you get sent to the principles office for dress code but the secretary does! not! f*ck! around!â¬ original sound – nicoleciravolo

Ciravolo posted some honesty right back to Laney with her reply: “Most likely in detention for dress code ð ”

In the next video, this secretary decided she’s going to talk to the teacher directly to find out what’s going on.

“Did any of the boys actually tell you she was distracting them?” she asks the teacher on the other end of the phone. Between her wink at the girl, her flawless execution of offering the student some hand sanitizer and her reaction to the teacher’s answer, you can’t help but smile.

@nicoleciravolopart two of… ##POV: you get sent to the principal’s office and realize the secretary does! not! f*ck! around!â¬ original sound – nicoleciravolo

“Yess!! I love this!!,” commented Sophia Rose. “I wish more situations like this were handled in this manner instead of girls being pointed out and openly objectified!”

“Yessss,” Evie commented (in all caps), “‘You’re here to teach not humiliate her’ say it louder.”

“I wish I had women like this in my school who would stand up for me and other girls!!!!!” wrote Neptune’s mom.

Though the comments are overwhelmingly positive — ranging from people saying they felt safe, calling her “queen” and declaring they wanted this character to be their school secretary or even their mom — a teacher named Jenny Driver offered a counterpoint in the comments on her experience with dress codes.

“If a student is out of dress code whether boy or girl, I’ve enforced it because it’s my job. I don’t always agree with it, but what I am asked to do,” Diver posted. “I’ve written up boys for earrings, both for shoes without backs…If they don’t like it, they need to get the rule changed instead of ignoring it and then getting mad when its enforced and play victim.”

In the final video of the three-part series, this secretary-advocate decides she’s had enough of the teacher, who clearly has different standards for who he sends to the office.

@nicoleciravolo##POV part 3 — I think we’re gonna make this into a series!! ð¥³ but… she needs a name! I’m thinking Linda but would luv to hear ur suggestions ð¥°â¬ original sound – nicoleciravolo

“We had uniforms, yet girls were constantly being dress-coded for skirt length (or often in my case, not wearing a bra — even though that’s not in the dress code),” she said.

The viral TikTok creator is just thrilled to see the message being heard and how it’s resonating with so many.

“The responses have been amazing,” Ciravolo told BuzzFeed.”Lots of people go out of their way to tell me they felt safe in this space and this character somewhat eased the damage dress code encounters had on them when they were in high school.”