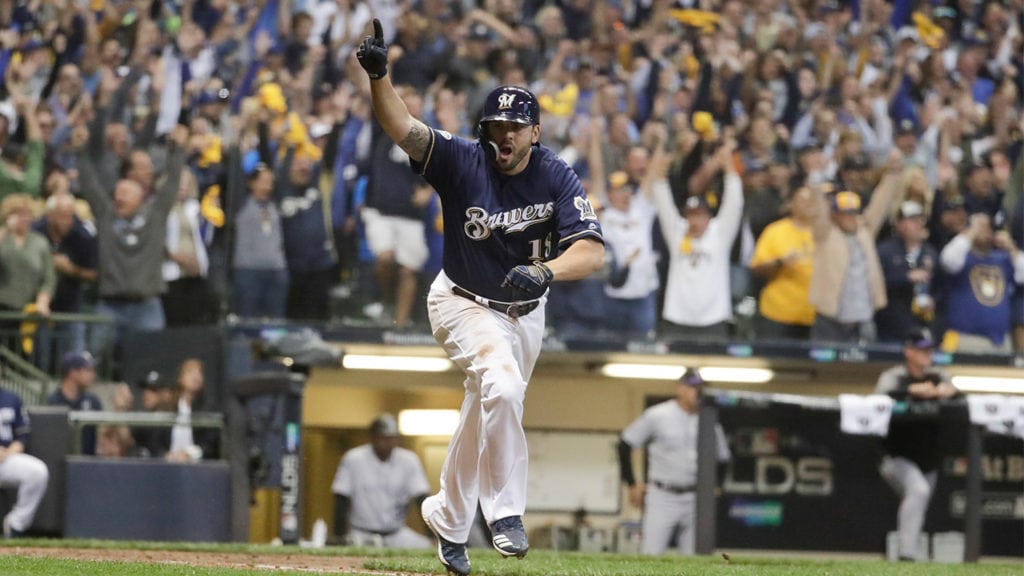 The hit came off of Rockies reliever Adam Ottavino, scoring Christian Yelich, who gave Rockies pitchers all kinds of problems throughout the afternoon.

All of the Brewers runs involved the MVP candidate, who hit a two-run home run and walked twice in the win. However, throughout much of the game, it wasn’t the Rockies pitchers who had trouble. The offense continued its recent struggles, until the ninth inning.

The Rockies teed off on Brewers closer Jeremy Jeffress,  managing to score twice in the ninth to tie Game 1 of the National League Division Series, 2-2 at Miller Park.

Colorado had managed just one hit off four members of Milwaukee’s bullpen before Gerardo Parra, Matt Holliday and Charlie Blackmon hit consecutive singles against Jeffress to make it a 2-1 game. Nolan Arenado knotted the score with a sacrifice fly.

Brewers Manager Craig Counsell sent nothing but relievers to the mound, a decision that worked as planned. Brandon Woodruff didn’t allow a hit over the first three innings before he was replaced by Corbin Burnes. The no-hitter continued until Carlos Gonzalez laced a two-out triple off Burnes in the fifth.