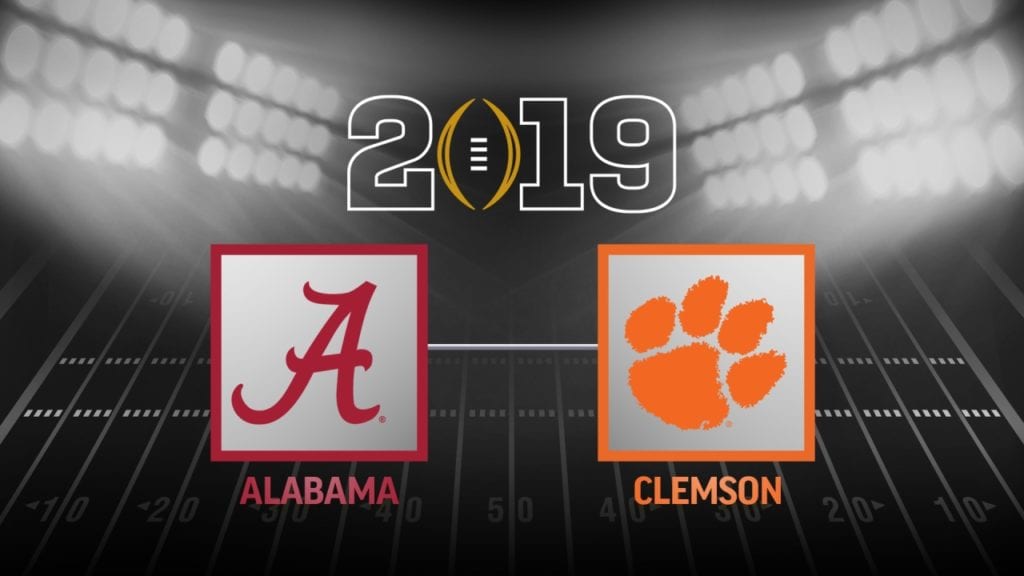 SANTA CLARA, Calif. – For the third time in the last four seasons, Alabama and Clemson will face off in the College Football Championship on Monday night.

Alabama (14-0) is trying to win its fifth national title in nine seasons, a feat that could put it in the conversation as the greatest dynasty in college football history. It would also be Nick Saban’s sixth national title at Alabama and his seventh overall.

Meanwhile, Clemson (14-0) is trying to upset the Crimson Tide for the second time in their recent matchups. The Tigers won the 2016-17 championship over the Tide with Deshaun Watson at QB.

While it is early in both of their careers, this game could feature two future #1 overall NFL draft picks in Alabama QB Tua Tagovailoa and Clemson QB and star freshman Trevor Lawrence. Both teams are also loaded with NFL talent at other positions, making this possibly the best matchup of the recent games between the two powerhouses.

The game kicks off at 6 p.m. Mountain time. Alabama is favored by 5.5 points.