COLORADO SPRINGS- A car burglary may not sound like a major crime, but News 5 Investigates found what you leave inside your vehicle could make you a victim over and over again. Investigative Reporter Patrick Nelson learned many car break-ins are linked to identity theft cases and other types of crime in Southern Colorado. Many people don’t realize that this type of crime which takes only a few minutes or even a few seconds can leave you spending years to fix. Many identity theft and fraud cases started from information thieves take from inside your car.

It’s just before five on a Thursday morning. Tina parks her car to meet her friends for a jog. As soon as she’s out of sight a man drives up and takes a look inside her car. Tina left her purse inside and it’s too good for this thief to pass up. 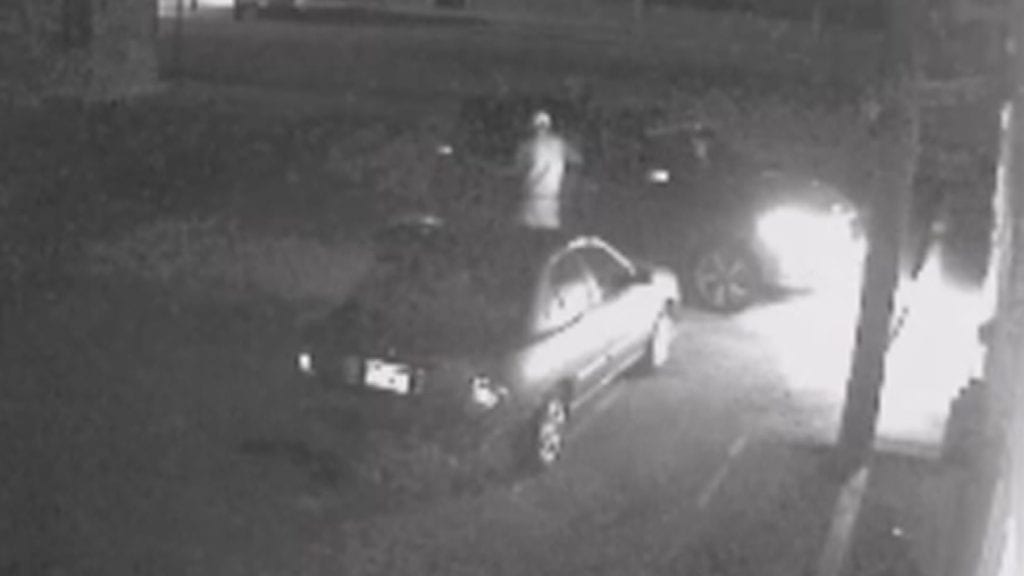 Pueblo Police Sergeant Frank Ortega watches the crime play out on 8 minutes of surveillance video. The suspect repeatedly throws a metal screen door handle at Tina’s car in an attempt to break the window. He succeeds and isn’t phased by the car’s flashing lights and alarm. He makes several trips to and from Tina’s car stealing more than just the purse.

This theif is still on the run. Investigators across Southern Colorado say they struggle to stop crimes like this.

“Most of the time we don’t catch them so that’s frustrating for us and then it’s frustrating for the victims because a lot of times you have identifying information in your vehicle that can lead to identity theft,” said Sgt. Ortega. “When everyone else is asleep, or doing what their supposed to be doing at night these guys are out looking for easy crime victims.”

Tina says this thief tried to ruin her credit with information he stole.

“As soon as it happened I cancelled all my credit cards, but I still got hit with identity theft afterwards,” said Tina.

In 2018 Pueblo Police took nearly a thousand reports for car break-ins many led to other crimes like identity theft.

“Identity theft ain’t a one time crime. It’s one of those things where they share information these criminals. They have log books of people’s identifying social security numbers, dates of birth, and stuff like that to where you’re a victim today. You’re a victim 5 years from now, your a victim 10 years from now,” said Sgt. Ortega.

Property crimes get reported to Pueblo Police everyday the case load alone can be overwhelming and it makes it difficult for victims like Tina to wait for answers.

“The fingerprints are backed up 12 to 18 months. I asked them I said I have young kids I’m scared should I be later and they told me well yeah. They have everything. My street address,” said Tina.

“They are going to use that debit card or credit card that they find and max that out. If they find a driver’s license and a check they may start writing checks and then they have your driver’s license and they are pretending to be you and so it can lead to those kinds of things and then we find these rings where they are making IDs and making checks just from information,” said Sgt. Matiatos.

In Colorado Springs thousands of vehicles are broken into every year. In 2018 it happened more than 4,000 times. Already this year there have been more than 600. Investigators say if you’re victimized you need to act fast.

“Before you call us, call that bank, call that institution and get your card stopped. Say my card was stolen, or lost, or I found a fraudulent charge on it. Stop the bleeding and then call us and we can take a report,” said Matiatos.

“Did it put a damper on my life for a little bit? Yes. But just be aware of your surroundings and don’t leave stuff in your car,” said Tina.

Officers say we must take personal responsibility to prevent these crimes, otherwise we’re only fueling more crime in our neighborhoods.