News 5 Investigates has learned the man who led Colorado Springs police on a chase Thursday morning is the same suspect at the center of a home invasion, hit-and-run and attempted carjacking case from April. 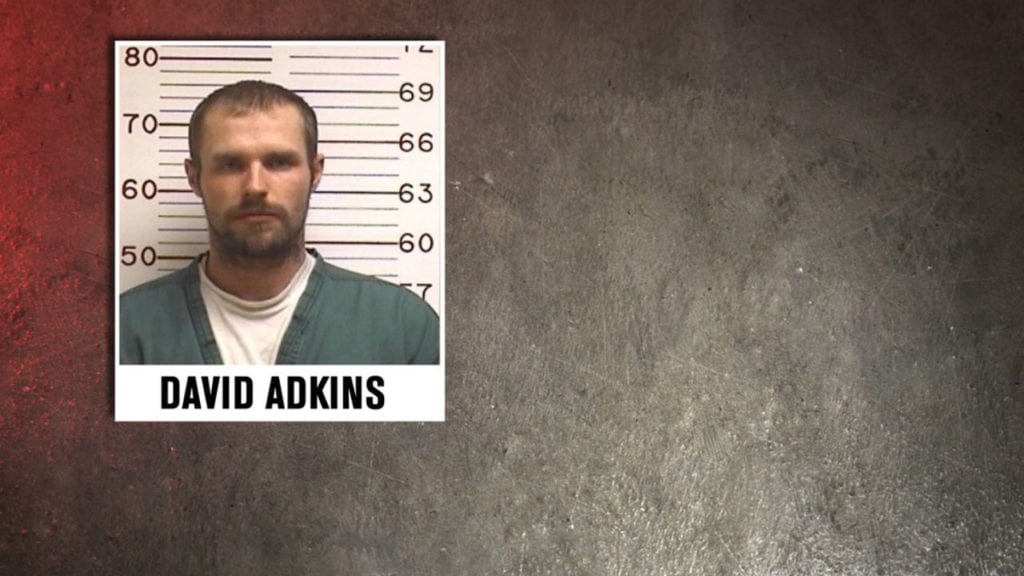 David K. Adkins has a lengthy criminal record, but that didn’t stop an El Paso County judge from letting him out of jail on $25,000 just a month after he was arrested and charged with 10 felonies.

On April 13 around 8 a.m., Adkins and another man are accused of invading a home on N. Weber. According to arrest papers, one of the men hit a resident in the head with a gun and then fired a round before stealing electronics, cash and a 2014 Kia Optima.

About a half hour later, a hit-and-run accident was reported involving the stolen Kia near the Colorado Springs Airport.

The car sped off and crashed into a fence along the south side of the airport maintenance yard.

Adkins allegedly then tried to carjack an airport employee, but was unsuccessful.

Adkins was not injured and took off on foot. He was eventually captured and booked into the El Paso County jail on multiple felony charges.

Court records show Adkins posted bond a little more than a month after he was apprehended.

In July, a bombshell discovery surfaced. Formal assault and reckless endangerment charges were filed against the Colorado Springs police officer who initially encountered Adkins back in April. A grand jury decided that Bellow ‘unlawfully’ shot at Adkins.

“Officer Bellow did not voice his presence, verify who was in the vehicle, and was not presented with an imminent threat,” the indictment said.

Bellow is due back in court in November.

As for Adkins, court records show he committed the following crimes after bonding out:

-Possession of a weapon by a previous offender

*Motor vehicle theft and possession of a weapon by a previous offender are both felonies, yet Adkins was able to post a $3,000 bond on August 20.

“This individual decided to take his motor vehicle and rammed two of our police cars and then drove through a retaining wall at a car wash,” Lt. Howard Black said.

The chase started near Palmer Park and Powers and went as far as I-25 and Garden of the Gods. Police say Adkins hit multiple cars and even drove the wrong way down N. Academy.

“The individual was driving so out of control the pursuit was terminated,” Lt. Black said.

Adkins eventually crashed at Constitution and Powers. A K9 dog is being given credit for finding him after he ran away.