Early in my career, I was told trust and credibility are everything in this industry. One of my mentors once told me trust is easy to lose and hard to earn back. As an executive producer and chief investigative reporter, it’s my job to make sure we are reporting accurate information surrounding problems and issues our community faces. It’s our job to hold the powerful accountable, expose wrongdoing and ask the tough questions public officials try to avoid. Together, I’m proud to say our stories have opened criminal investigations, put bad guys behind bars and brought closure and justice to crime victims. The best part about this job is being able to do something good for our community. When people reach out to News 5 Investigates for help, they’ve often hit rock bottom and have nowhere else to turn. When their issue fell on deaf ears, we are listening and here to help. I’m not satisfied by simply exposing corruption or wrongdoing. I consider a case “closed” when I learn we got a policy changed or helped someone who felt helpless.

In September 2017, we introduced you to Roland Hawkins.

You may recall, Hawkins returned from a bike tour in Utah last year to find random homeless people had moved into his home and refused to leave. 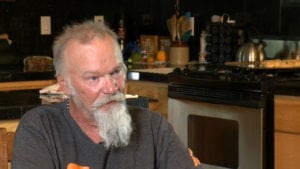 Colorado Springs police told Hawkins the case was “civil” and that he would need to go through the eviction process in court if he wanted to the transients out.

Shortly after that story aired, we were tipped off to multiple other squatting cases in southern Colorado.

Perhaps our most outrageous case involved squatters who invaded a house after the homeowner passed away in October 2017.

Instead of mourning the loss of a loved one, Gerry Clark found herself fighting to save what little she could after squatters moved in to her daughter, Wendy’s home. 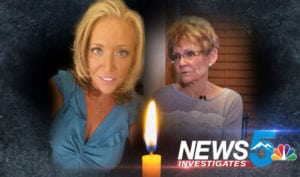 They stole her car, furniture and everything inside the house. Colorado Springs police had written the matter off as “civil”.

Now, there are new questions over whether the case was handled correctly from the beginning. Catch our exclusive follow-up investigation, Thursday night at 10:00 on News 5.

Lawmakers drafted legislation to close what they called a legal loophole in the system that allowed squatters to legally obtain property rights to a home. In cases News 5 Investigates reviewed, we found no evidence of a squatter facing any criminal charges.

Under the new law, squatter eviction cases will no longer be treated as “landlord-tenant” evictions. These cases will be heard in court the very next day. The bill also recommends charging squatters with trespassing if they refuse to leave and reiterates that squatters could face vandalism/criminal mischief charges if they destroy someone’s property.

The arrest and prosecution of Fremont County Clerk and Recorder Katie Barr:

A News 5 Investigation that began in 2017 led to the arrest of the Fremont County Clerk. 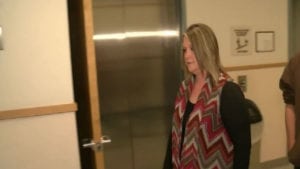 We received a news tip that Barr was using county money to pay off personal expenses. After requesting accounting ledgers and records from the Clerk’s Office, the Canon City Police Department opened a criminal investigation along with the FBI.

She later accepted a deal that involved pleading guilty to a misdemeanor count of writing a bad check and was sentenced to probation.

Barr paid the money back and the District Attorney’s Office said no money was missing at the time Barr entered her guilty plea.

The deputy clerk and recorder has taken over for Barr until her term expires next year.

The collapse of Joe Pacheco: A contractor and sheriff’s dive team member

Joe Pacheco is accused of stealing hundreds of thousands of dollars from homeowners who paid him for renovation work he didn’t complete. 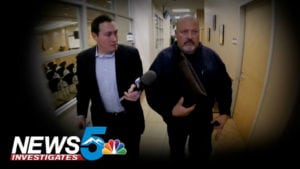 A few months ago, the District Attorney’s Office handed down a 14-felony count indictment against Pacheco.

He’s due back in court October 1.

You can revisit any of our News 5 investigation since 2017 by clicking here.

While some of our stories generate from open records requests and combing through court documents, some of our best investigations come from our viewers. If you have a problem or issue you’d like us to look into, please call our tip line or send us an email. 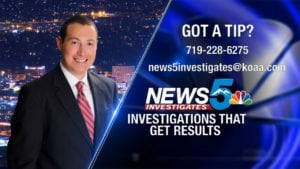 Q: Do you expose crooked contractors who stole money?

A: From time to time, we do investigate issues involving contractors. When we take a case, we typically look for a crime pattern. For example, did the contractor rip off one person or are there multiple victims? Unfortunately, issues with contractors are a persistent problem. We ask that you have a copy of a formal police report or complaint that has been filed with the Colorado Attorney General’s Office consumer protection division prior to contacting us.

Q: I noticed that you sometimes chase down people in parking lots and shove a microphone in their face. Is that necessary?

A: It’s a question I get a lot! Unfortunately, sometimes we have to chase people down in order to ask questions. However, we often don’t have time to explain to our viewers the process that led us to that point. Prior to us confronting someone in a parking lot or outside their home, we typically have spent days or even weeks attempting to get their side of the story via telephone or email. When people don’t respond, we then have to weigh our legal and ethical obligation to get their side of the story. While some people will tell you “no comment” when you walk up to them, we have had cases where the individual will talk and answer questions. You never know whether the person will talk until you walk up and try to have a face to face conversation with them. Never assume a person won’t talk.

Q: How do you turn an investigation into a news story?

A: Contrary to what people may think, news investigations take days, weeks or even months to develop. Before we interview a subject, we’ll usually do a pre-interview via telephone. I’ll gather details about their case and then determine what type of records I need to obtain. Sometimes a story may have to be pushed back a week or two because we are waiting on documents or records.

A: It’s our job to uncover the truth. Sometimes that can be a challenge when you have two sides of a story that don’t quite align. That’s when I rely on court records, police reports or other official documentation to help me get to the bottom of things.