Jasen Kinney watched his house burn down as firefighters struggled to access water.

Colorado Springs Utilities maintains more than 16,000 hydrants and while we hope every one of them is working properly all the time, that’s not always the case.

In the early morning hours on February 25, 2017, Kinney’s house went up in flames.

“We are going to need another water supply,” one firefighter said on radio scanner traffic obtained by News 5.

“Start me a second alarm,” another firefighter said.

More time ticks by and fire crews are still having problems.

“You have Engine 2 that is working, trying to get their way in there to help out with the water supply issues at this time,” a firefighter said over the radio.

“Copy,” command staff replied. “We are working on the water.”

“No water yet,” a firefighter said.

Kinney was stunned that fire crews were struggling for quite some time to get water.

“I almost get the feeling that if I didn’t waste my time calling the fire department and got my garden house, I would have been better off,” he said. “It was an hour and a half and they still didn’t have any hydrants going or water shooting off.”

We could hear firefighters and command staff going back and forth on the scanner, discussing where to stage and establish a good water supply from nearby hydrants.

“Almost no water,” one firefighter said on the radio after hooking up a line. “(I’m) barely able to fill a hose. We are going to have to find another water supply.”

Command staff asked, “Do you need more staffing back there?”

“Uh, just the same thing everyone else is calling for—more water and better access to get the water on it (the house),” a firefighter said.

Firefighters first attempted to tap into a hydrant directly across from Kinney’s home on N. 15th St.

When that didn’t work, crews moved over to a hydrant farther down Spring St. where they encountered more issues with water pressure.

Crews then had to move again to the corner of 15th and Platte. 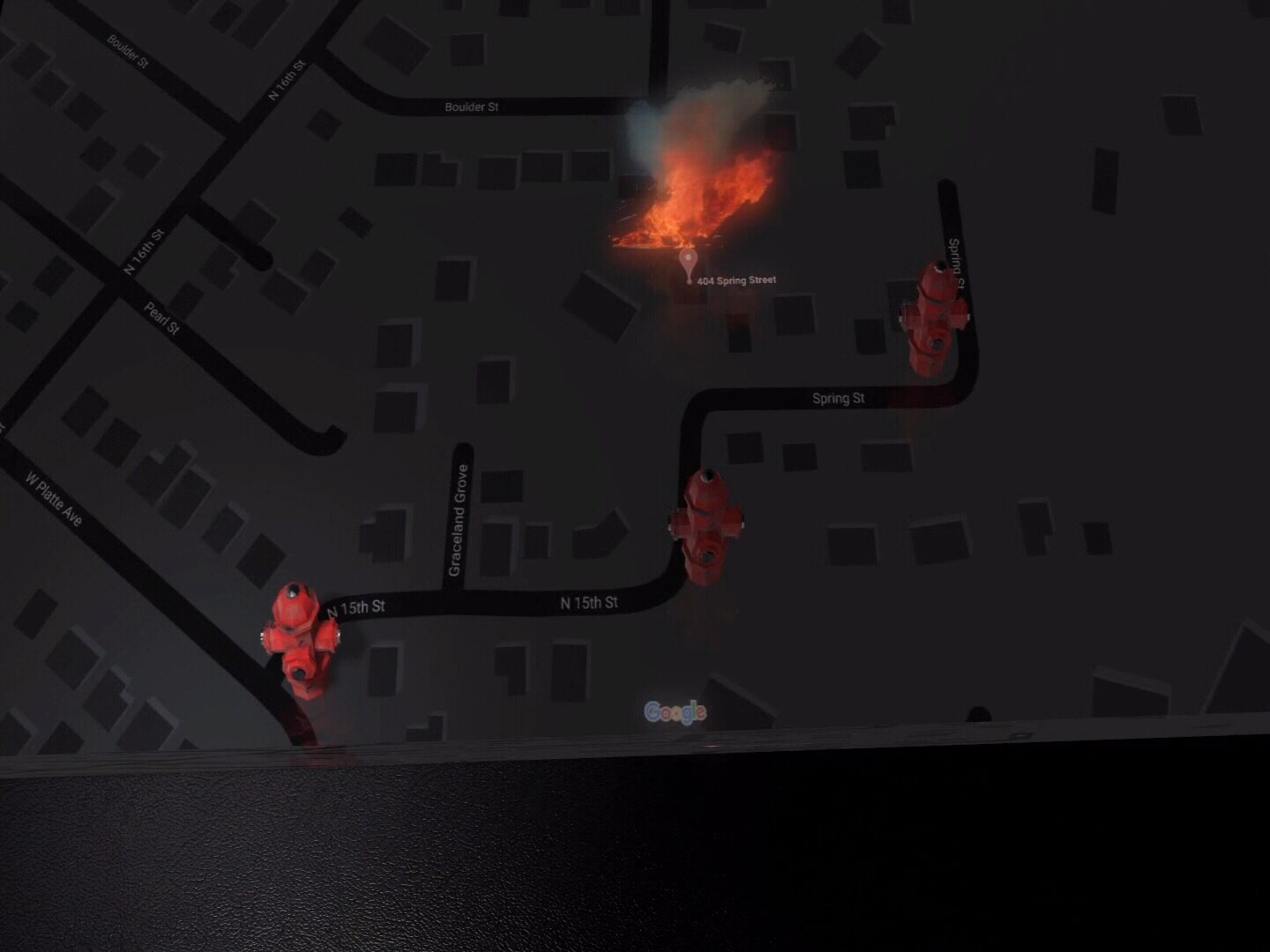 One firefighter asked, “We don’t have any water from that hydrant so would the next plan be Platte and 16th?”

Firefighters finally found a good water supply with a hydrant at 16th and Platte but by then, the fire had already spread.

“I lost everything I had,” Kinney said. “The hydrants should be working. That should be the norm.”

Steve Berry, a spokesperson for Colorado Springs Utilities says the majority of hydrants are tested every 5 years.

Older hydrants prone to breaking down are inspected yearly.

News 5 Investigates sifted through pages of inspection data and found the City did not miss inspections for any of the three hydrants in question.

However, we did notice something odd regarding maintenance and inspections for the hydrant on 15th and Platte.

News 5 learned a work order was created back in 2013 to replace the hydrant. According to CSU, the replacement request was filed because of the hydrant’s age. According to city records, it was installed in 1911 and any future issues with that hydrant would be problematic because repair parts are not available. In 2014, that same hydrant had a work order placed for a drainage problem, but crews kept the old hydrant in operation.

According to city records, a new order to replace the hydrant was put in March 17, 2017—nearly a month after the house fire. However, it appears crews did not start the installation until late September according to neighbors. Records indicate the work order was finalized and closed out on October 4, 2017.

We asked Berry whether it was acceptable not to install a new hydrant until 4 years after the initial replacement order was filed.

“Even after that work order and while there was a leak, we were able to keep it in operation so if we can do that, remember—we are trying to maximize a limited resource of funds and manpower.” Berry explained. “Certainly the feedback from out in the field after fighting the fire—we saw it as an opportunity to replace it.”

We asked Berry whether inspecting fire hydrants more frequently for issues could have prevented what happened in Kinney’s situation.

Berry explained water pressure levels fluctuate daily and he also adds that CSU can’t inspect hydrants during the winter or when temperatures dip below the freezing mark.

He filed a claim for damages with Colorado Springs Utilities and CSU, but his claim was denied.

Betsy Meyer, a claim adjuster for the City of Colorado Springs said they “sympathize” with Kinney’s situation, but found no evidence of negligence on behalf of the City or CSU.

Kinney can appeal the decision by filing a lawsuit if he chooses to do so.

You can read incident reports on the house fire at 404 Spring St. by clicking here.