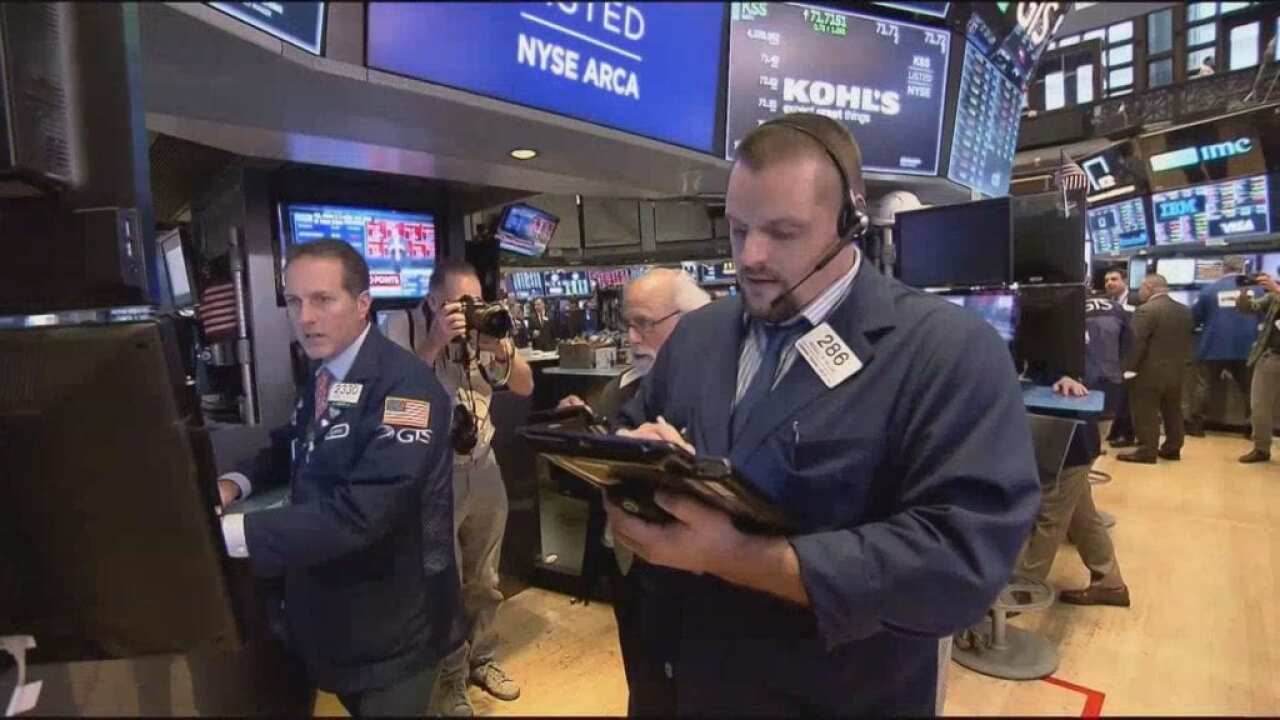 NEW YORK (AP) — An economic alarm bell has sounded in the U.S., sending warnings of a possible recession ahead.

Yields on 2-year and 10-year Treasury notes inverted early Wednesday, a market phenomenon that shows investors want more in return for short-term government bonds than they are for long-term bonds.

It's an indication that investors have lost faith in the soundness of the U.S. economy.

What appeared to be a slight thaw in trade relations between the U.S. and China that had sent markets sharply higher Tuesday was quickly forgotten.

Less than an hour before the opening bell Wednesday, the Dow tumbled 400 points.

The yield on the benchmark 10-year Treasury note hit 1.622%, falling below the yield of a 2-year, which was 1.634%. The last inversion of this part of the yield curve was in December 2005, two years before a recession brought on by the financial crisis hit.

An inversion like the one taking place Wednesday has preceded the last nine recessions dating back to 1955. That includes the global economic crisis that began in 2007, the ramifications of which are still being felt today.

When a recession might hit, if it does, is a little hazier. Months or even years have passed after an inversion takes place, and before economists can connect the two.

However, the inversion sent a ripple through U.S. markets before the opening bell Wednesday.

The Dow fell 1.4%, as did the S&P 500. The Nasdaq fell further. The cost of gold, considered a safe haven for investors, traded well above $1,500 per ounce and continued to climb.

With fears of a global economic slowdown growing even sharper, the price of crude, already down 10% in the past three months, fell more than 3%.