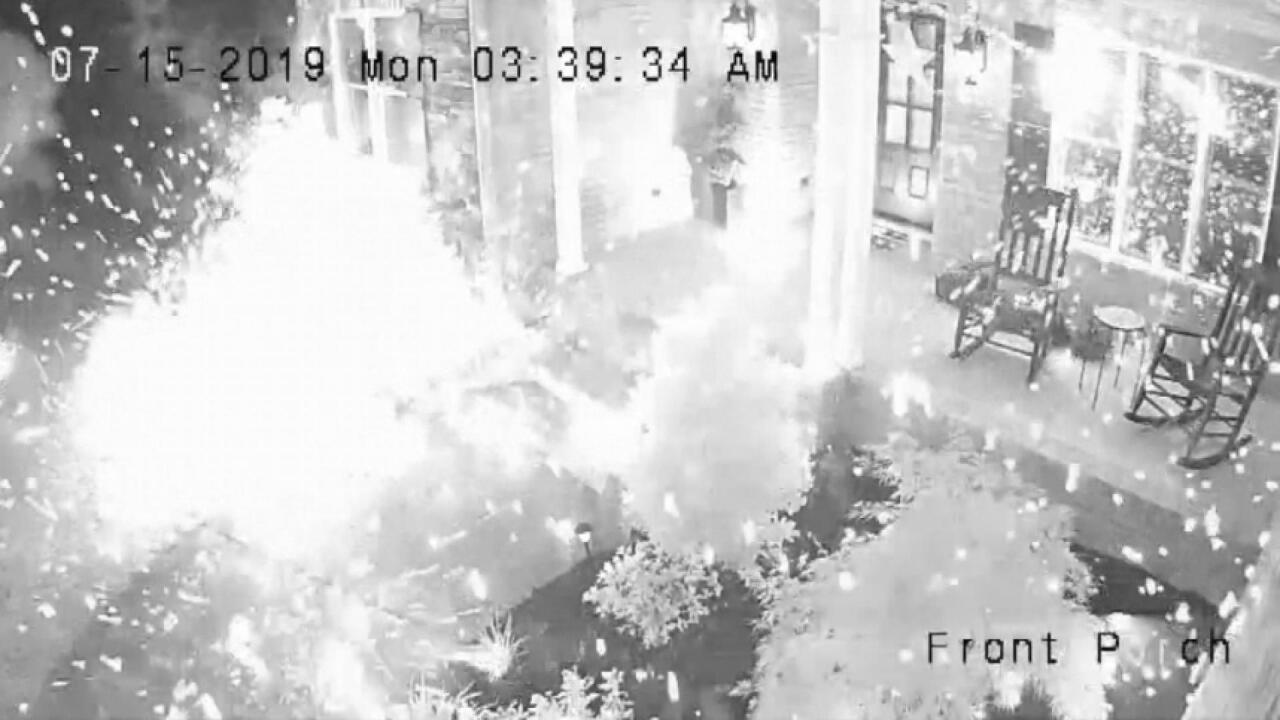 Two teens are facing charges for throwing fireworks at a home where a deputy lives.

The sheriff’s department released surveillance video which shows the suspects standing in a cul-de-sac, lighting mortars and then throwing them. Another surveillance camera then captured the mortars exploding in front of the deputy’s home, near the door. It all happened around 3:40 a.m. Monday.

The explosions were so powerful, they damaged the home’s brickwork.

“These mortar rounds is just a small bomb, basically,” said McCracken County Sheriff Matt Carter. “To have chiseled away portions of the face of the brick on his home is an example of how much force it actually carries.”

The deputy who lives at the home also happens to be a veteran.

“He has been around times where it was not during peacetime, actually served actively overseas,” said Carter. “So 3:30 in the morning is definitely not a good time to wake someone up that has been and seen the things that they have — by detonating fireworks, mortar rounds in and around the residence.”

Carter said the teens seen in the video are Cody Duren and Dakota Irvan, both 18 years old.