The tale of the “Buck That Got Stuck”

(COLORADO SPRINGS) – On Wednesday morning, Colorado Parks and Wildlife officers responded to a call about a large mule-deer buck that was trapped in a drainage ditch in Colorado Springs. It is unknown how the buck got into the ditch, but the steep concrete walls prevented it from escaping. 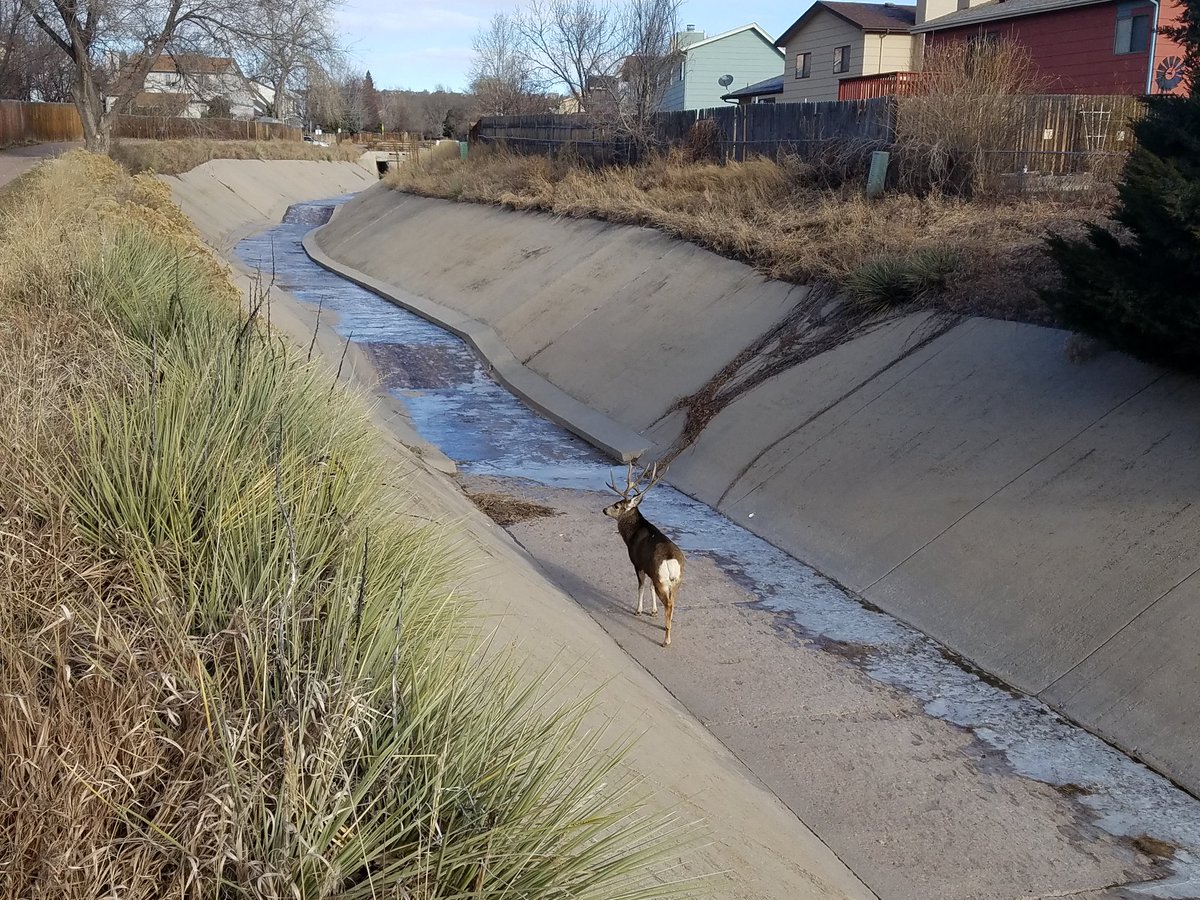 CPW officers tranquilized the buck and removed it from the ditch. Once the deer was removed, it was administered a reverse tranquilizer and came to about 40 minutes later.

Once the deer was back on it’s feet, it was simply allowed to walk away under close watch by the CPW officers. 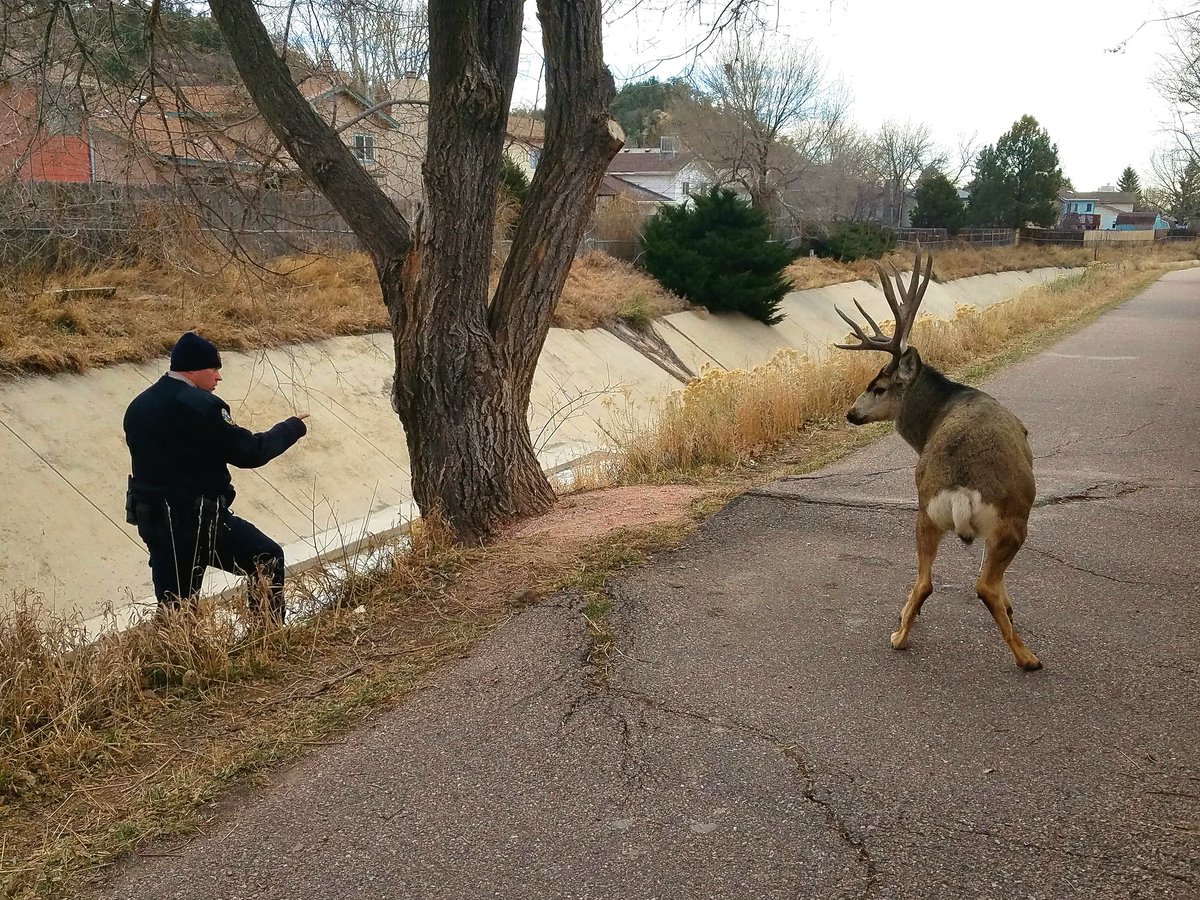 However, the buck walked only about 100 yards and promptly got stuck in another ditch.

After one more round of tranquilizers followed by more dragging, pushing, and pointing in the right direction, finally this buck headed on its merry way.

Colorado Parks and Wildlife say it took about 3 hours for the entire relocation, but, “All’s well that ends well.” 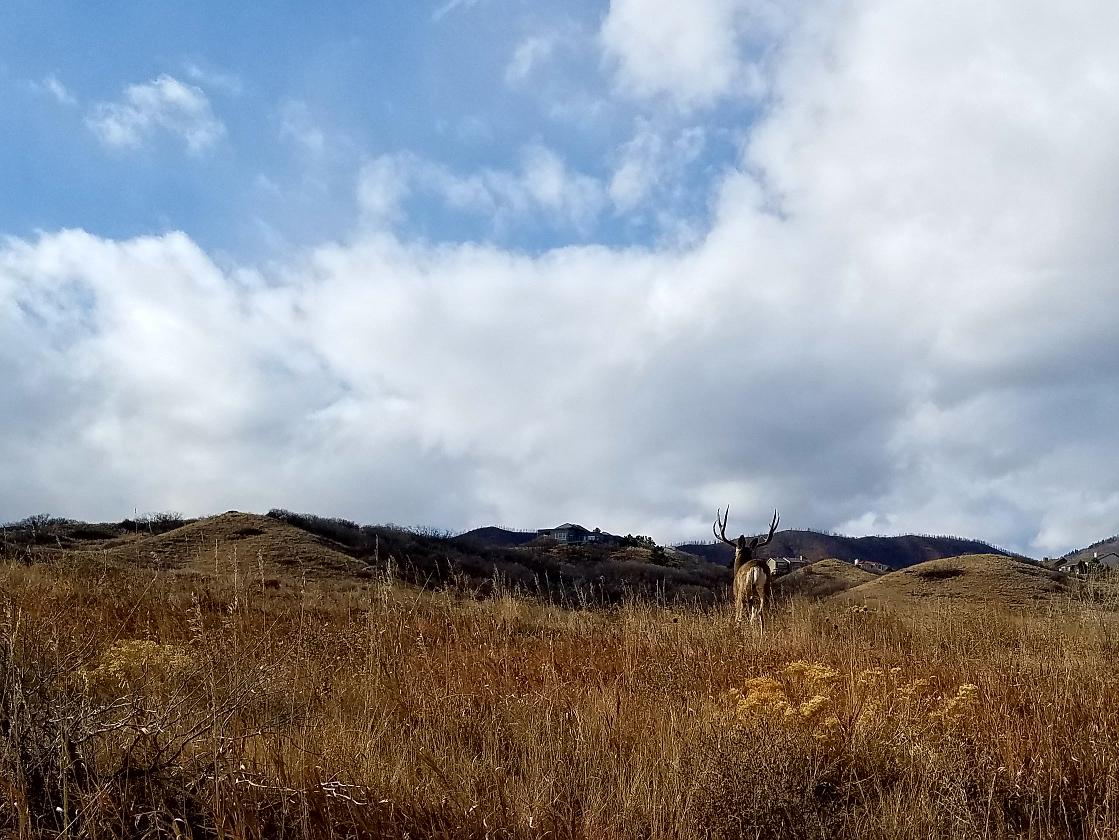