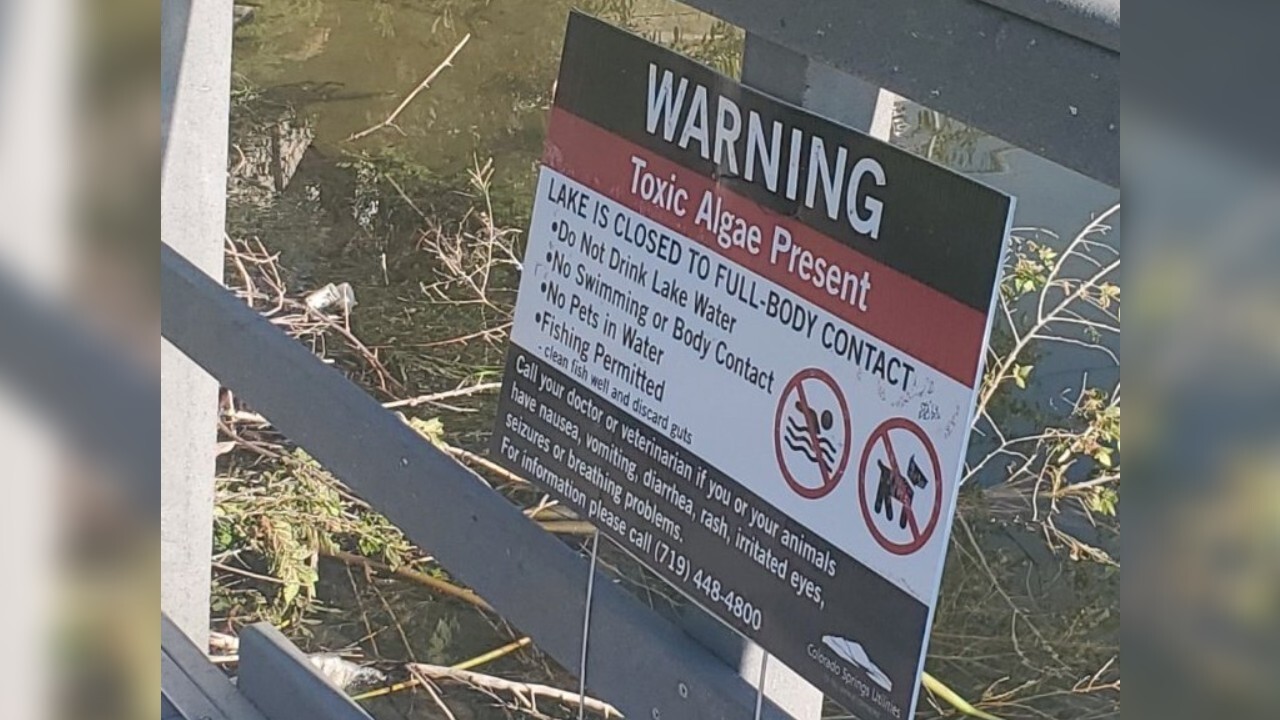 COLORADO SPRINGS — A second body of water has tested positive for blue-green algae in Colorado Springs.

The city reported Saturday that Pikeview Reservoir, a popular fishing location in Colorado Springs, has tested positive for blue-green algae.

The reservoir is still safe for fishing, but humans and pets are prohibited from entering the water until further notice, the city said. Fishermen are advised to thoroughly clean fish and discard guts.

According to the city, the reservoir has been removed as a source of drinking water until it is determined to be clear of the algae. The city added that there no concerns about this affecting the community's water supply.

Prospect Lake in Colorado Springs also recently tested positive for blue-green algae and is closed to contact by humans or pets.

The city said there is an increasing occurrence of toxic blue-green algae in reservoirs across the United States this year. Warming temperatures have contributed to the growth of the bacteria.

Sickness including nausea, vomiting, rash, irritated eyes, seizures and breathing problems could occur following exposure to the blue-green algae in the water, according to the city. Anyone suspicious of exposure with onset of symptoms should contact their doctor or veterinarian.

Parks and Rec treating Prospect Lake for toxic algae, will take some time to clear