Bear cubs found in Colorado Springs released into the wild 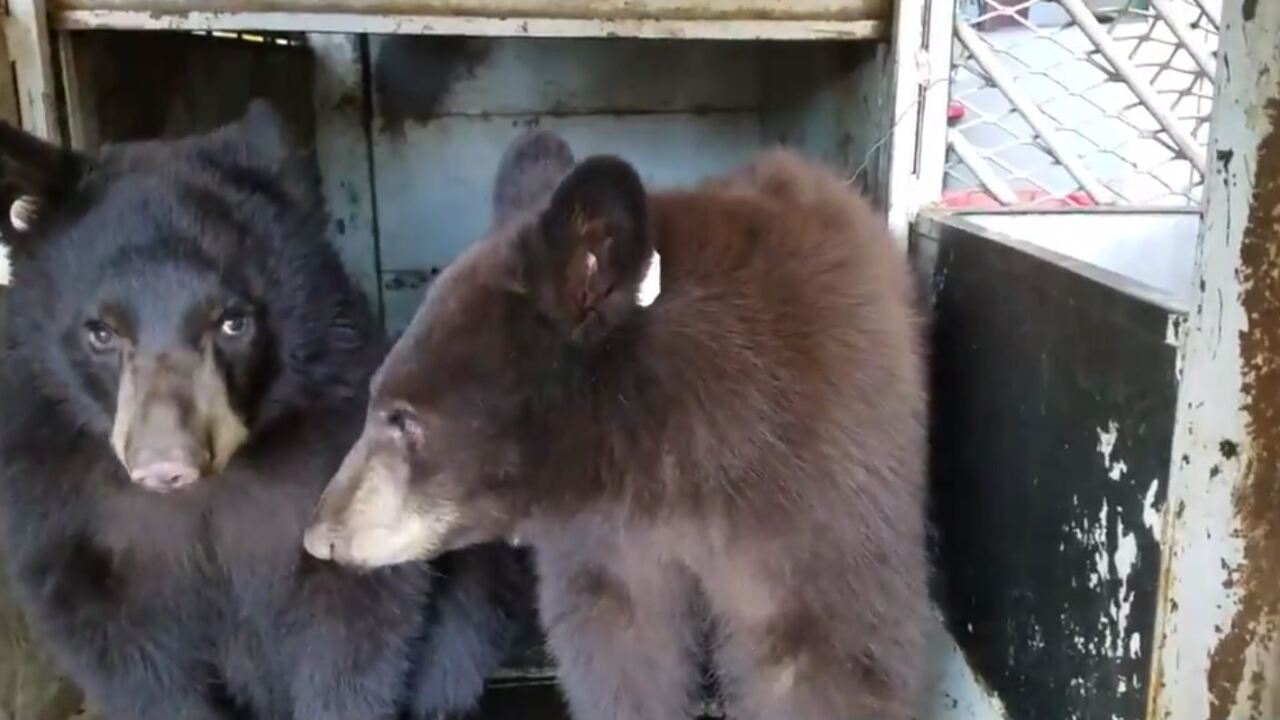 -
2 cubs found with their mother in Colorado Springs were released in the mountains.

COLORADO SPRINGS — A couple of bear cubs captured near a school in Colorado Springs were released Tuesday morning by Colorado Parks and Wildlife in an effort to allow the animals the opportunity to thrive.

According to a tweet by CPW, the cubs' mother was seen acting erratically on Monday. It was determined she was in severe distress and had to be euthanized.

Here at the News5 studios we recently spotted a mother bear and two cubs in our parking lot. Viewers have also sent in videos of a limping mother bear with two cubs. At this time, it is not clear if this is the same family group.

In many cases, cubs that are too young to be released into the wild end up going to a wildlife rehabilitation center. The goal of these rehab facilities is to keep the animals healthy enough for a release and to make sure they have a proper fear of humans to avoid being in a position where Colorado Parks and Wildlife will be forced to take action.

Here's are two cubs, each about 60 pounds, prior to their release in the mountains today. Their mother was acting erratically Monday and found by @COParksWildlife officers to be in severe distress in a neighborhood near a school in #ColoradoSprings. She was humanely euthanized. pic.twitter.com/qIbIQNwQGj

Now is the time of year when bears are foraging for food as they prepare to enter hibernation for the winter. Hyperphagia is a period of increased hunger and appetite as they animals work to fatten up for the winter. As a result, it becomes more likely for people to encounter bears.

Colorado Parks and Wildlife has logged at least 500 human encounters with bears in the Pikes Peak Region this year. Remember to close your garage doors, secure your trash and check dumpsters before you open them.