The only traffic, according to residents, comes mainly from Chelton Road nearby, but that wasn’t the case on Thursday.

Starting in the late morning, Colorado Parks and Wildlife officials — joined by Colorado Springs Police and Fire — shut down the road for a few hours while trying to capture a bear.

John Vance, who lives nearby, described watching it happen.

“I opened up the backdoor to let [my son] go outside and play in the morning, and about two seconds after I did it, our neighbors in the back started going, ‘Bring the baby in the house! There’s a bear!’ And I’m like, ‘What? No, there can’t be,'” Vance said.

Officers were trying to corral a bear that somehow made its way into the east side of Colorado Springs, not exactly an ideal habitat for a young, hungry bear. 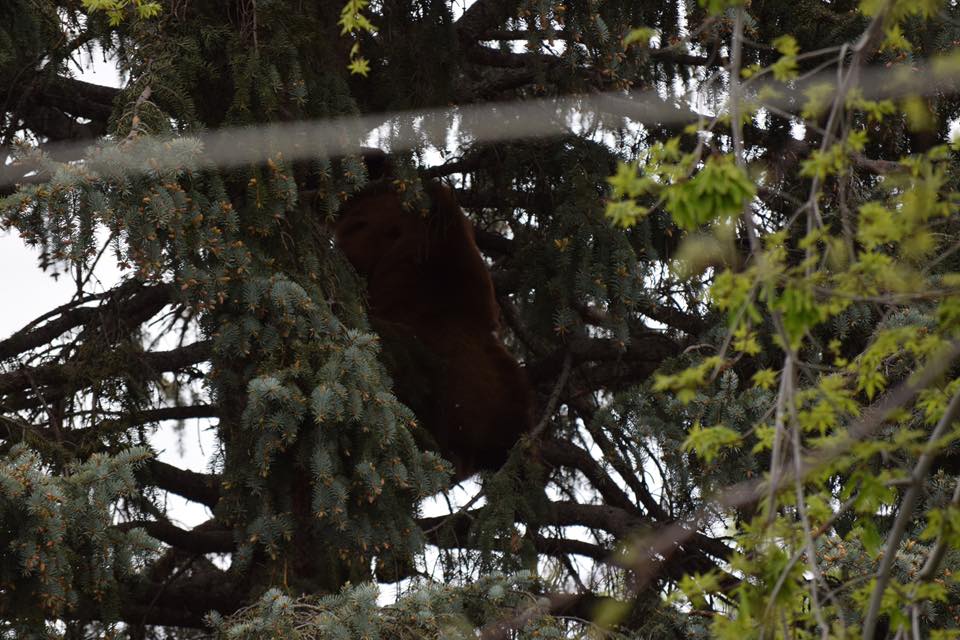 It was one of several bear-related calls made by CPW Thursday, including another capture in Pueblo West. A bear was also spotted near the El Paso County Jail late Wednesday night.

“They’re looking for food, and sometimes if they’re not able to find food in their natural settings, their natural foods, then they often find their way into town looking for human food,” said Frank McGee, area wildlife manager for CPW.

That’s why officers chose to tranquilize the bear after she climbed high into a tree in the middle of the neighborhood. They determined that was the safest way to get the bear to a more natural home.

First, they helped it make a safe descent by catching it after the tranquilizer. Next, CPW transported her to the mountains, south of Pueblo, for reentry into the wild.

Now, officials are taking the chance to stress the importance of being good neighbors toward wildlife with the hopes of preventing a possible tragedy in the future.

“We need to secure those food sources they’re coming to look for, so bird feeders, trash cans, barbecue grills, anything that could be outdoors,” McGee said.

McGee said the bears are essentially looking for a reward in the form of a meal, so if they don’t get that reward, they likely won’t return.

If you do see a bear, CPW officials ask you first get to safety before calling them or 911.