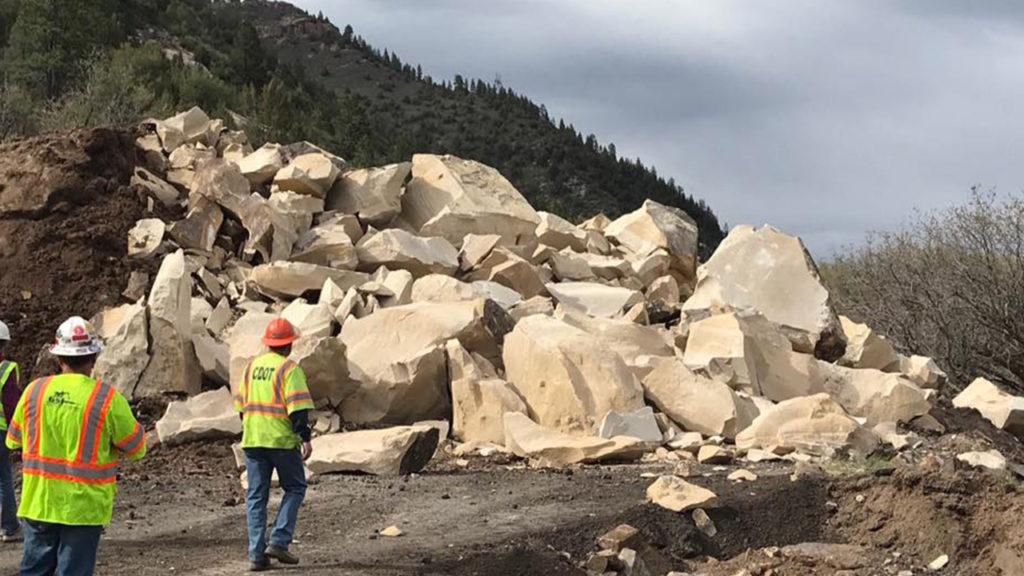 MONTEZUMA COUNTY – CDOT says Highway 145 between Cortez and Telluride has one lane open to alternating traffic days after a pair of giant boulders crashed through the road.

Crews were able to reopen the lane several days after the giant rocks cascaded down a hillside and tore apart the highway about 12 miles north of Dolores Friday afternoon.

CDOT teams were able to blast apart one of the boulders on Sunday, which is estimated to weigh approximately 2.5 million pounds.

Travelers in the area are being told to move through the damaged area as quickly as possible because traffic lights controlling traffic are automatically timed.

The temporary lane that is open is constructed of dirt.