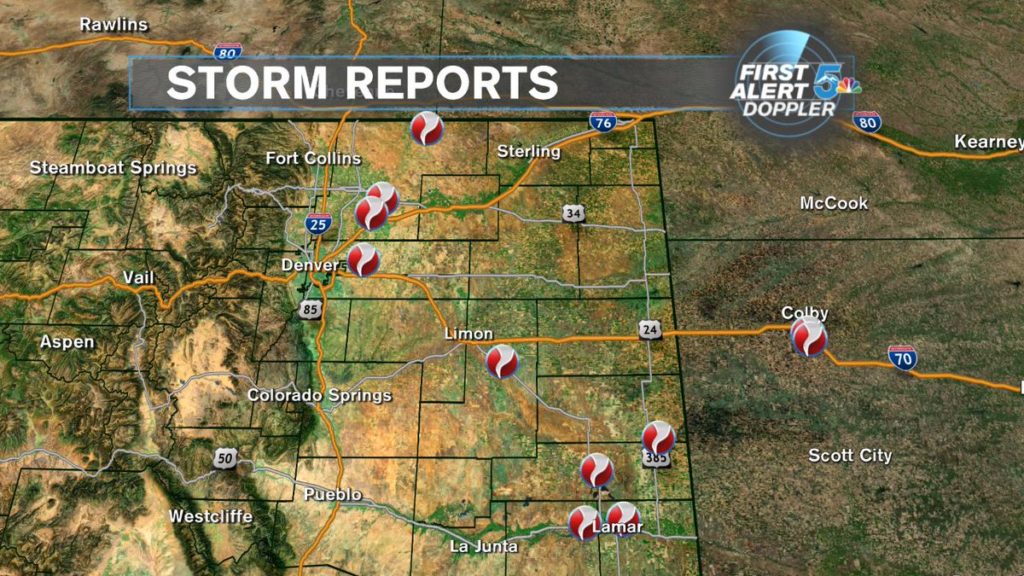 BENT COUNTY – The National Weather Service recorded a total of 31 reports of tornadoes with a storm system that spawned multiple tornado warnings just east of the Rockies Sunday.

According to the NWS, 10 of those reports came from spotters in Colorado. There were reported touchdowns in Prowers, Bent, Kiowa, Weld, Adams and Lincoln counties.

Fortunately, no major damage was reported from the storms. However, the cells near the Denver area forced DIA to stop incoming and outgoing flights for a period of time Sunday afternoon.

One of the reported twisters touched down about a mile south of the Front Range Airport, which is roughly 10 miles from DIA.

In the southeastern part of the state, there were reported touchdowns 3 miles northeast of Lamar and another touched the ground about 2 miles south of McClave, according to spotters.

The NWS also had reports of twisters in New Mexico, Kansas, Texas and even Idaho on Sunday.

While the tornadoes didn’t cause damage, large hail did cause some problems in Baca County.