FORT CARSON – Soldiers honor the fallen this morning at the 16th annual Warrior Memorial Ceremony on Fort Carson as the names of four soldiers were added to the memorial at Kit Carson Park. 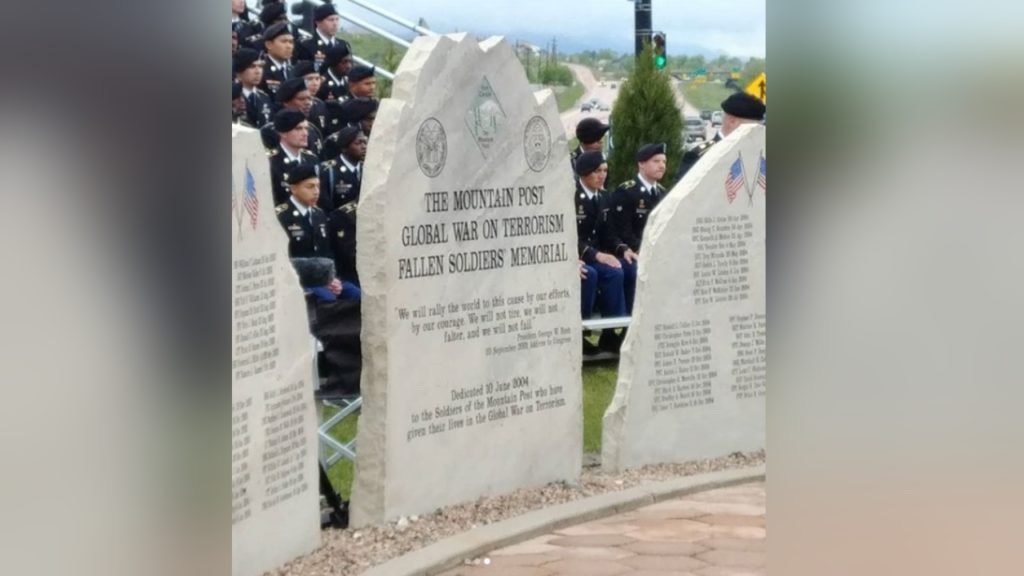 The event and memorial honor those killed in the War on Terror, which soldiers from the Mountain Post have played a critical role in several combat theaters.

There are now 401 names of military servicemen and women on the memorial stones. You can find the memorial at the entrance to Gate 1 just off of Highway 115.

The following names were added this year:

Sgt. Jason McClary of Export, Pa. died Dec. 2, 2018 from his wounds at a hospital in Germany following a Nov. 27 attack in Afghanistan’s eastern Ghanzi province. Sgt. McClary was assigned to the 1st Stryker Brigade Combat Team, 4th Infantry Division at Fort Carson. Two other soldiers and an airman died in the attack.

33-year-old Sgt. 1st Class Will D. Lindsay of Cortez, Colorado was killed in action during combat operations in Kunduz province, Afghanistan on March 22, 2019. Lindsay enlisted in the Army on July 7th, 2004 and was assigned to 2nd Bn., 10th SFG (A) in July 2006. His deployments include five tours to Iraq supporting Operation Iraqi Freedom and Operation New Dawn. He was also deployed to Tajikistan in 2016 supporting the Counter-Narcotics Terrorism mission and Afghanistan supporting Operation Freedom’s Sentinel.