COLORADO SPRINGS – From schools to businesses, the process of evacuating during a fire drill is rather routine.

The alarm sounds, people head toward their planned exit and wait for firefighters to arrive.

But what if you can’t hear the alarm? That’s reality for a deaf Colorado Springs man, who now is trying to raise awareness for the hearing impaired during emergency situations.

Last week, Colorado Springs Police and Fire were called to the Arbor Pointe Apartments around 5:00 p.m. for a disturbance call. The incident ended in an officer-involved shooting, killing the suspect, and a subsequent structure fire.

Billy Clark, who is deaf, lives a floor below the suspect’s apartment. 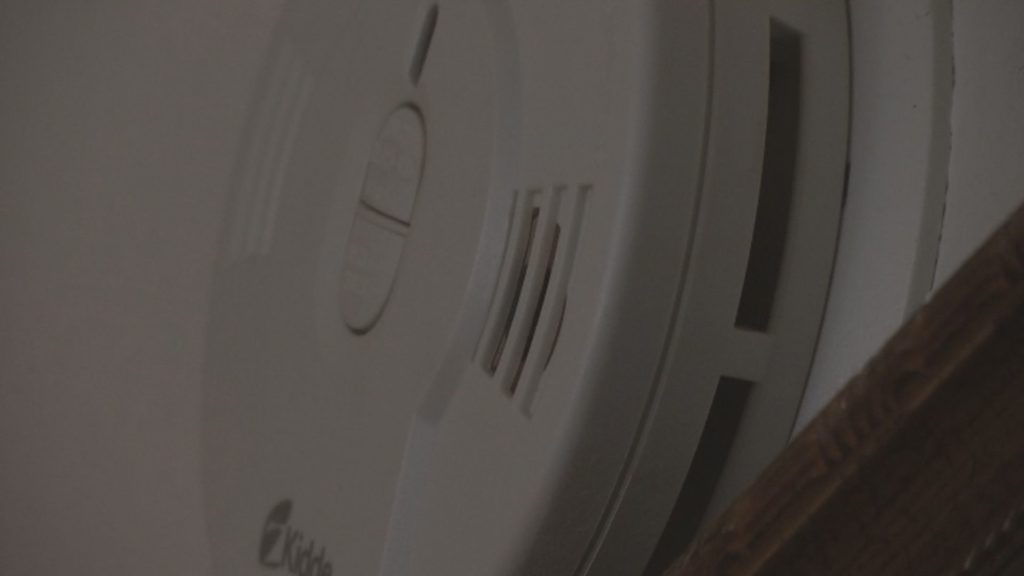 “I was eating my snack, just like one little stick, and then all of a sudden, something happened in just an instant,” Clark told News 5 through an interpreter from Access 2 Sign Language.

He never heard the gun shots, or the smoke alarms in the building. Clark couldn’t tell if the alarm in his apartment was enacted, because it doesn’t include a visual indicator to alert him.

Instead of escaping, he was sitting in his chair until police forced entry.

Clark said some of the emergency alarms, like hallway lights, also weren’t working at the time of the fire.

“They were in compliance as far as how their smoke alarms are set up. In the cases of who was occupying those structures and what is the proper smoke alarm, in this case, they were not the right smoke alarms for that person,” Vaughan said.

Current law requires alarms to be compliant with the Fair Housing Act for all new construction, while older buildings are held to lower standards. It’s at management’s discretion to supply proper alarms for their residents.

It’s a law Clark said he hopes will change soon before the next emergency.”