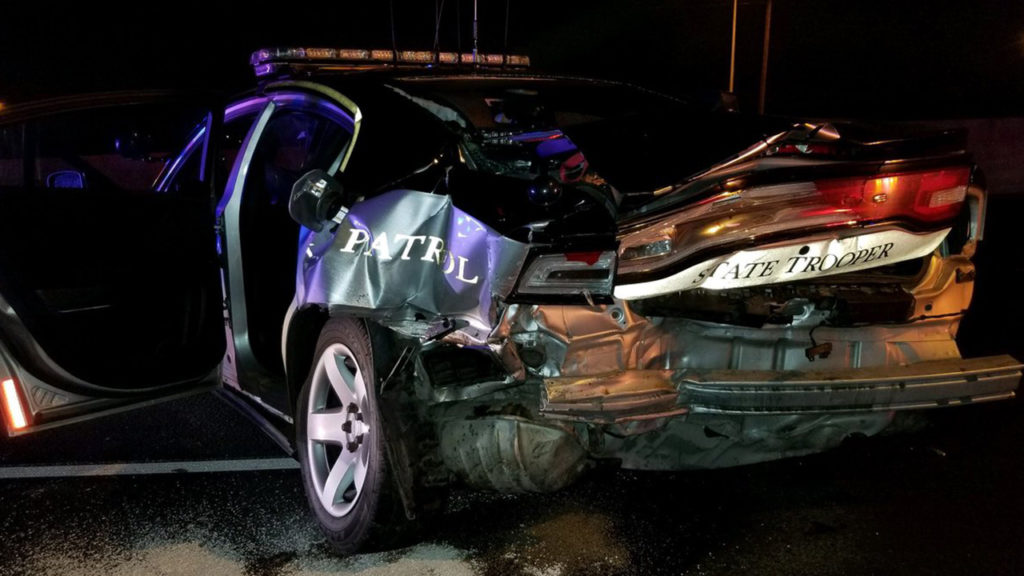 THORNTON – A Colorado State Patrol trooper was released from the hospital after a scary close call off of I-25 in Thornton early Monday morning.

State Patrol said a trooper’s cruiser was rear-ended by a suspected drunk driver while responding to a stranded motorist call near the 84th Avenue exit at approximately 1:08 a.m.

The trooper was inside the cruiser at the time of the crash. Photos of the crash show the car sustained serious damage.

Thankfully, the trooper was released from the hospital several hours after the crash. The driver of the Suzuki hatchback that hit the car was not hurt.

CSP Major Steve Garcia tweeted a photo of the crash and included #MoveOverForCody, which is a reference to Trooper Cody Donahue. Donahue was killed when he was hit by a truck while helping a stranded motorist on the side of I-25 south of Castle Rock in November 2016.