PUEBLO – Eastbound lanes on Hwy. 96 are back open after a large semi-truck carrying a wind turbine part wrecked, blocking the lanes.

News5 Carl Winder shot this video at the scene. Pueblo Police says the driver’s load was too high and it hit the bridge which resulted in the accident. 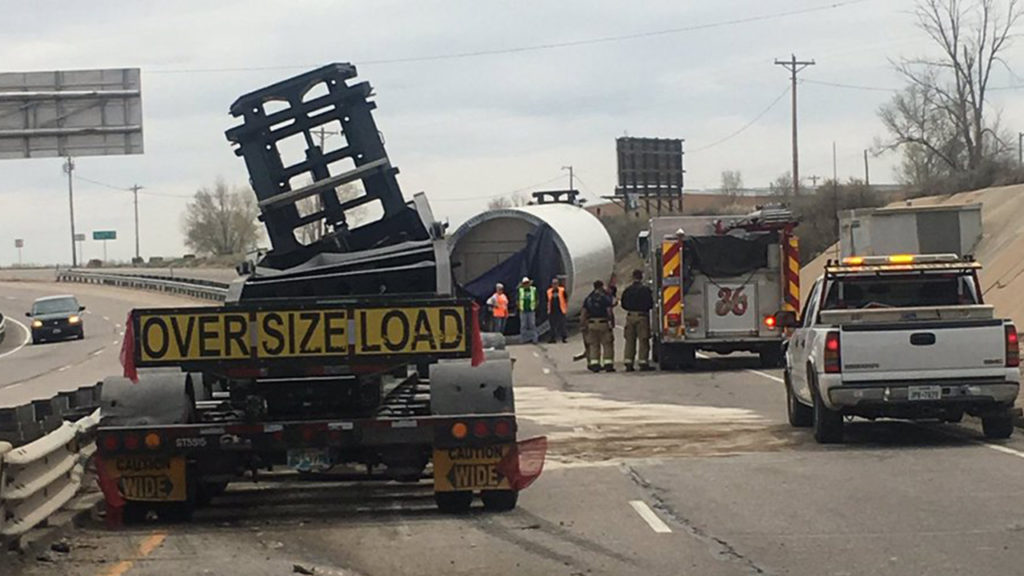 No one was injured.

Police do not suspect speed, alcohol or drugs to be a factor.

The driver says safety checks were done before taking off.

Inspectors are checking the bridge for any damage.

BIG ACCIDENT HEADING OUT TOWARD PUEBLO AIRPORT: This is video of the truck accident from Pueblo near East Hwy 96 and Hwy 47. @PuebloPolice1 says the driver’s load was too high and it hit the bridge which led to this single vehicle accident. There are no injuries. @KOAA pic.twitter.com/vaDrEBFU0u