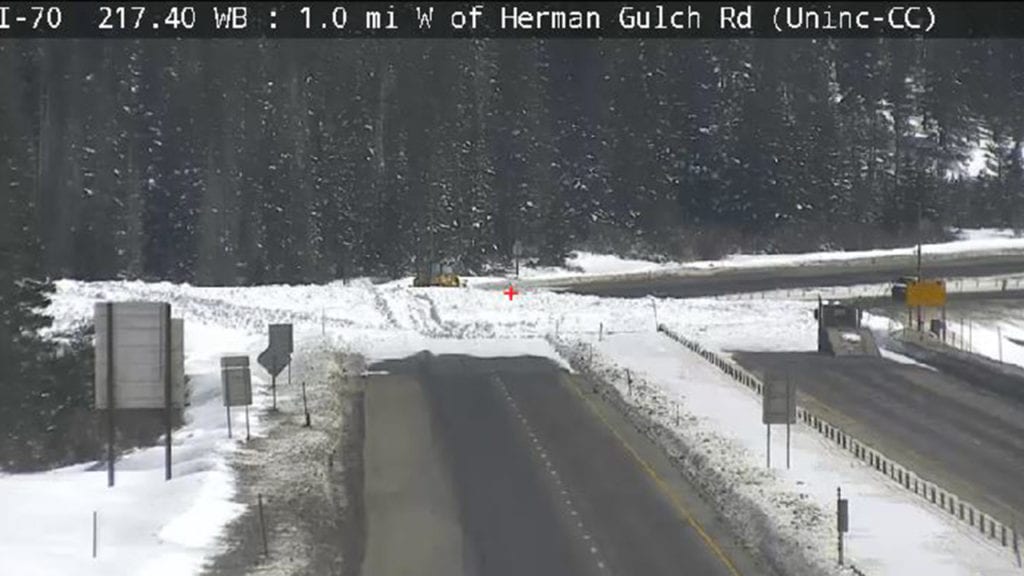 CLEAR CREEK COUNTY – CDOT has re-opened the second lane of eastbound I-70 near Herman Gulch, about three miles east of the Eisenhower/Johnson Memorial Tunnels. Both lanes of east and westbound traffic are now back open.

Cones are temporarily in place where the cable rail was damaged during this mornings’ avalanche mitigation operations.

CDOT encourages drivers to use extra caution through this area. The cable rail will be repaired in the near future.

I-70 was closed in both directions for hours while crews removed snow from the interstate after crews triggered an avalanche in the area.

CDOT is performing avalanche mitigation efforts along the interstate following recent slides west of that location, near Copper Mountain. Video captured one of those slides, which caught several vehicles in the eastbound lanes on Sunday.

Loveland Ski Area, which is near the location of the avalanche triggered Tuesday morning, reported a total of 34 inches of snow from last weekend’s storm.