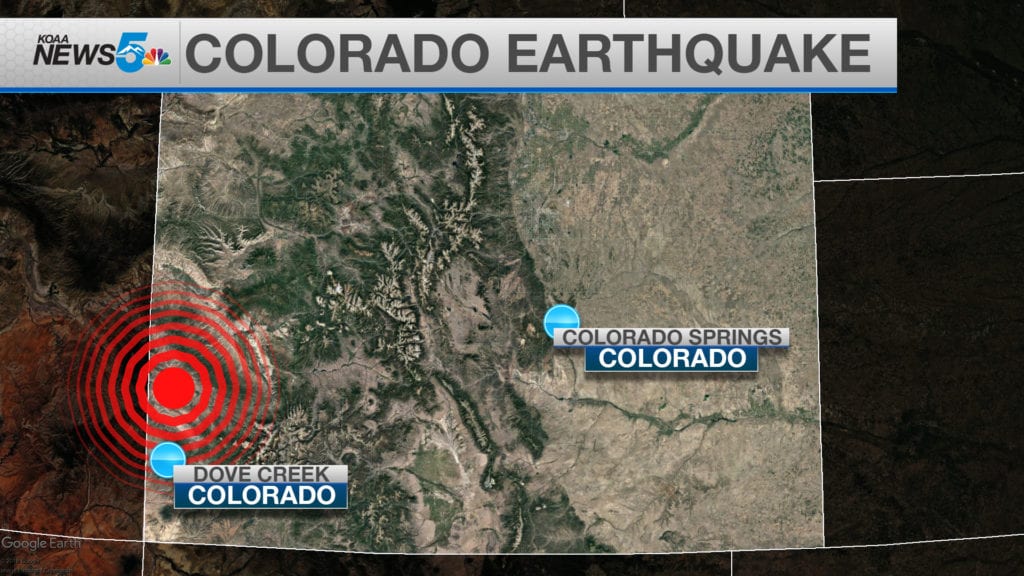 The USGS said the quake hit about 35 miles north of Dove Creek, or about 57 miles south of Grand Junction around 10:22 a.m.

There were no immediate reports of damage or injuries.

Unless the strength of Monday’s quake is revised, it would be the strongest recorded earthquake in the region known to geologists as the Paradox Basin, which includes parts of Utah, Arizona, New Mexico and Colorado.

Geologists say this earthquake was probably felt by many people who were indoors. Earthquakes that fall within this range typically cause walls to make a cracking sound and it produces a “sensation like a heavy truck striking a building.”

The USGS website said parked cars in the area also may have rocked noticeably.