FORT CARSON – The emotional homecomings continue on Fort Carson, with the return Thursday of 55 soldiers with the 10th Field Hospital and 627th Hospital Center. They have been serving in Iraq for the better part of the past 12 months. 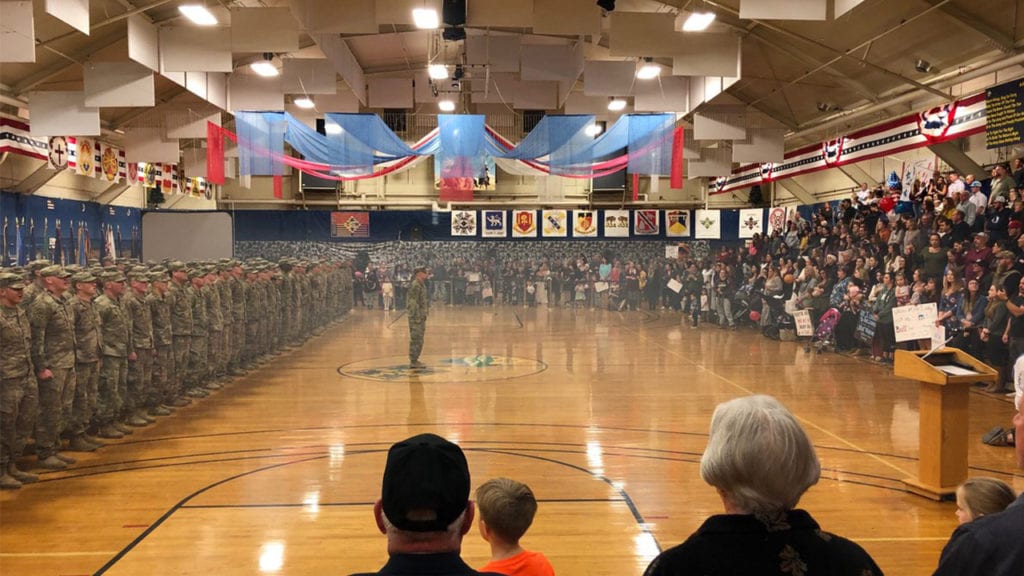 They returned home to lots of cheers, hugs and kisses at the William “Bill” Reed Special Events Center. The medical group was providing the highest care possible to sick, injured and wounded service members in Iraq.

We spoke with some of the returning soldiers, including Colonel Mark Stevens, who called the mission “a success”, saying “its been a very productive year in support of the combined joint task force “Operation Inherent Resolve”. But he admits as proud as he is of ” mission accomplished”, he really misses his family.

We welcome them home and thank them all for their service and sacrifice to community and family. By the way, another group of soldiers is expected to return home on Saturday.