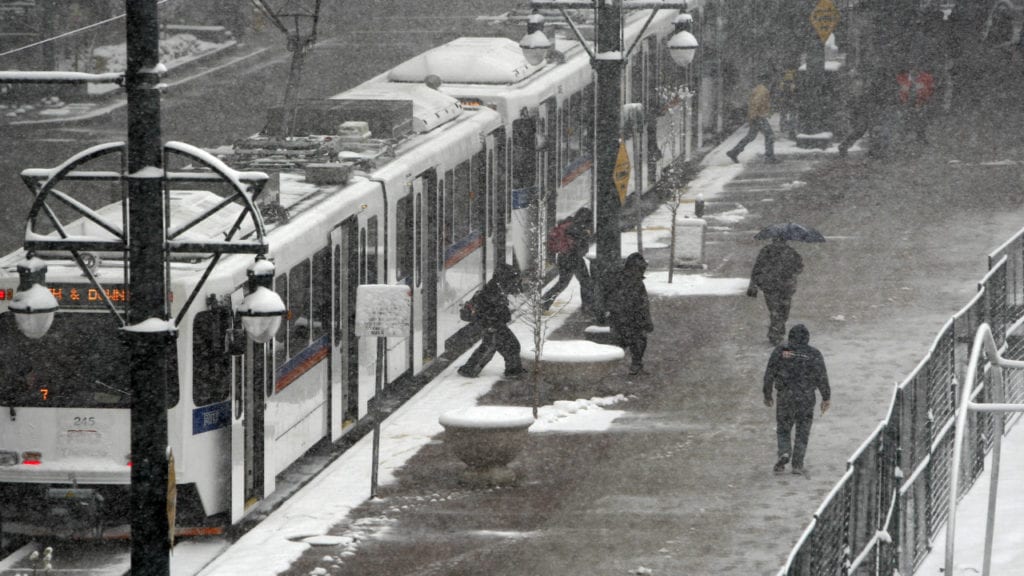 According to Aurora Police, 33-year-old Jeremiah Hartzel is being held on the following charges:

Reporting partner 9News in Denver said the 18th Judicial District Attorney’s Office has yet to officially charge Hartzel. He was fired by RTD after the wreck.

On Monday, Jan. 28th, a snowstorm hit the Denver area, causing numerous wrecks across the city and its suburbs. The light rail train derailed as it approached a 90-degree bend in Aurora.

When the train derailed, a woman was ejected through the door and her leg was severed.

Reporting 9News said several other passengers had to be taken to area hospitals to be treated for minor injuries.