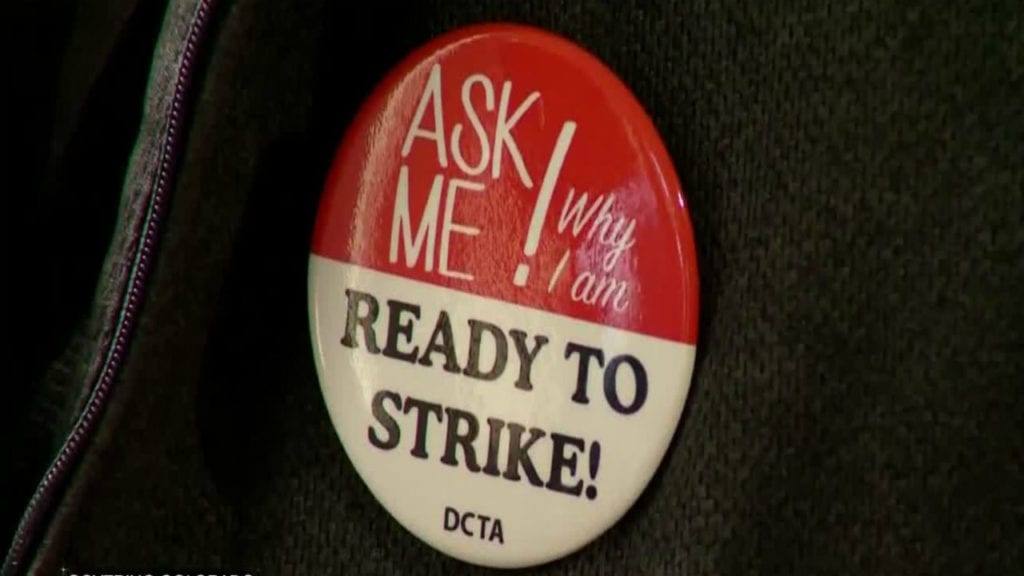 DENVER (AP)  – Denver teachers say they will strike Monday after failing to win an agreement on pay.

Both sides met Saturday in an attempt to reach a new contract after over a year of negotiations.

A statement issued Saturday night by the Denver Classroom Teachers Association says: “Faced with a smoke-and-mirrors proposal that continues to lack transparency and pushes for failed incentives for some over meaningful base salary for all, the DCTA strike will commence for the schools Denver students deserve.”

Teachers plan to picket schools around the city starting Monday. The district says schools will remain open during the strike and will be staffed by administrators and substitute teachers.

However, the district has canceled classes for 5,000 pre-schoolers because it doesn’t have the staff to take care of them.

The teachers’ union says 93 percent of participating members backed a strike in a vote last month.