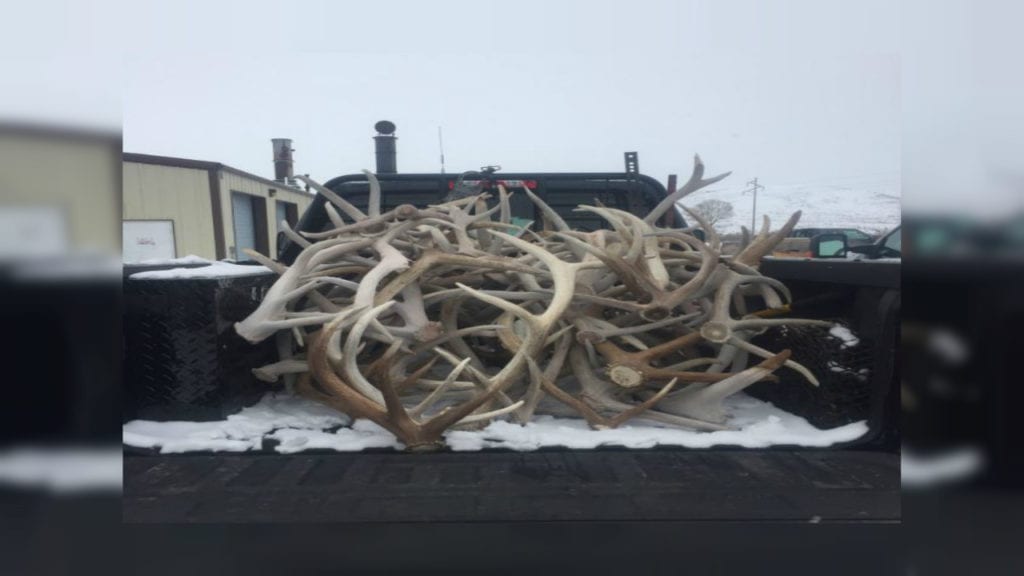 COLORADO – Colorado Parks and Wildlife has issued a reminder to residents regarding the restrictions on collecting shed antlers west of I-25.

Since January 1st, restrictions on collecting shed antlers have been in effect on all public lands west of I-25, through April 30th.

According to CPW, anyone caught in possession of or collecting sheds illegally during this time, including shed horns and antlers and horns naturally attached to skull plates, will face fines. The restrictions do not apply to private land.

The CPW Commission approved the annual restrictions on shed hunting in 2018.

The agency said it implemented the restrictions to protect wintering wildlife from severe and constant stress from human activity, primarily shed hunters.

“Shed collecting has become extremely popular over the past decade because there is a significant potential for high profit,” said Area Wildlife Manager Bill de Vergie of Meeker. “That has led to a major increase in the number of collectors spreading out in areas where elk and deer are trying to find a little respite from winter. The last thing wildlife needs at this time of year are people speeding by on ATVs or snowmobiles, dogs running around off-leash and so on. It’s a very serious problem.”

Shed antler collectors, wait until after April 30 if looking for sheds on public lands west of I-25. In Gunnison County, other restrictions apply. If you don’t, you can be fined and your sheds confiscated – like those in the pic! Go here for more info – https://t.co/E6UV3j35a3 pic.twitter.com/v51QM8SXUI

CPW said last year, wildlife officers wrote several citations and seized many sheds from “blatant” violators. The agency said they will ramp up enforcement in 2019.

“We’ve done what we can to educate folks about the restrictions and why they are in place, including many face-to-face conversations,” said de Vergie. “We hope that folks follow the rules and help us protect wildlife. If they don’t, we will enforce our laws to the fullest extent.”

According to CPW, for each illegal shed a person is found in possession of they can expect a $50 fine plus an $18 surcharge. Violators will also be deducted five points per shed against their hunting and fishing privileges. After 20 points, violators can lose their hunting and fishing privileges for up to five years. All illegally collected sheds will be confiscated as well.

“We are not trying to keep people from collecting sheds,” said de Vergie. “We are just asking collectors to wait a bit, cut wildlife a break, wait until the restricted periods end then go out and get your sheds.”