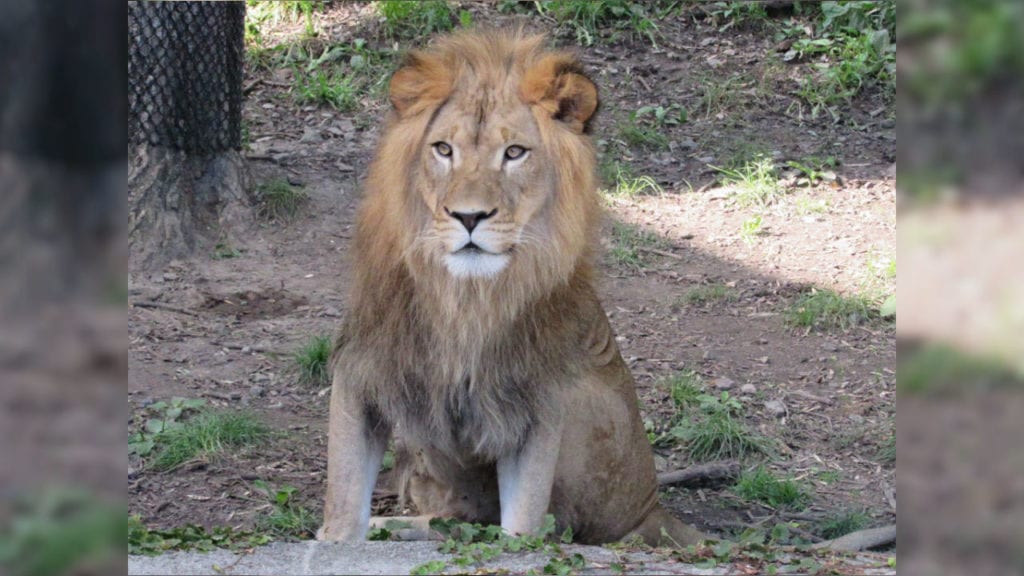 Tobias the lion, the newest addition at the Denver Zoo.DENVER – African Lions are one of the first animals zoo visitors see when they enter at Predator Ridge, and now they’ll see one more. Tobias, a two-year-old male, arrived at the zoo in mid-December. The Association of Zoos and Aquariums’ Specials Survival Plan recommended his transfer from the Buffalo Zoo.

He is currently completing a required 30-day quarantine, but is expected to make his public debut on January 21. At that time he will be introduced to three female lions, and serve as a possible mate for three-year-old Kamara and six-year-old Neliah. “If all goes well, we’ll hopefully have a successful match with at least one of the females, which could mean lion cubs within the next couple years,” said Assistant Curator of Predators Matt Lenyo.

Lenyo says the process of getting Tobias settled at his new home is going well, and that the lion is acclimating to his new surroundings and participating in training sessions with the zoo’s care team.

African lions are listed as “Vulnerable” by the International Union for the Conservation of Nature, and zoo officials say Tobias could help to maintain a healthy and genetically diverse population of the species.

More information about Tobias and the Denver Zoo’s role with African lions is available here: http://bit.ly/2RlouHp