COLORADO SPRINGS – University of Colorado at Colorado Springs Police have released photos today of a man they say scoped out and then burglarized cars in the UCCS parking garage over Christmas break.

Police say that the man was using a flashlight on Monday, December 31st to check out all the vehicles, was taking notes, and then smashed the windows of four vehicles and stole stereo equipment and other personal items from the vehicles.

Corporal Martin Toetz told News5 that they ran a check on the license plate of the white vehicle he was driving, and report that it was stolen from a locked CarMax pen in Colorado Springs. It’s a white, Subaru WRX. 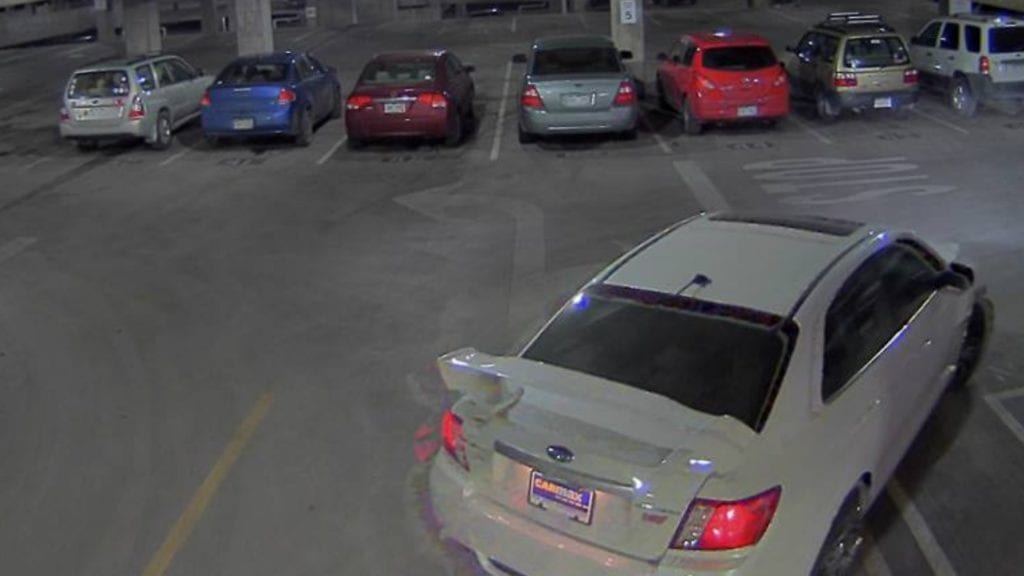 UCCS Police are looking for the driver of this Subaru seen in a parking garage on December 31, 2018.They released a still photo of the suspect, who they say returned later in the day, was spotted again, and took off at a high rate of speed. UCCS police were unable to provide any additional information about suspect description, other than what you see in the screen grab of the surveillance video.

If you have any information about who this person is, or the burglaries, please contact UCCS police at 719-255-3682, and speak with Corporal Martin Toetz.