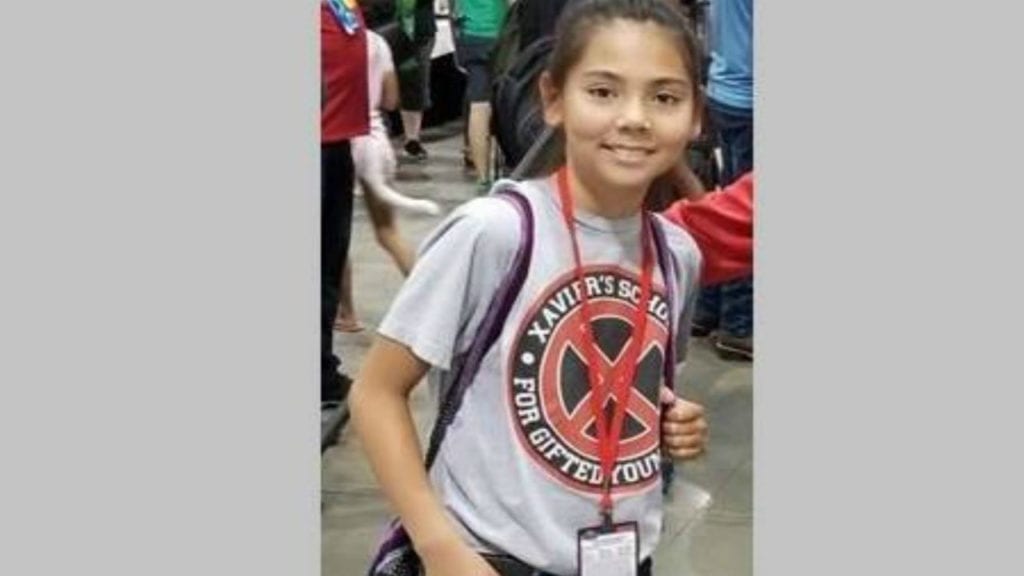 UPDATE: The Colorado Springs Police Department said Holly Lopez has been found safe, and she has been reunited with her family.

ORIGINAL STORY: CSPD is seeking the public’s assistance in locating a missing 11-year-old.

Holly was last seen wearing a white sweatshirt with “Marvel” and pictures of the Avengers stenciled on the front, grey sweatpants with a black stripe down the side, a navy blue backpack with “G.E. Johnson” and “Switchbacks” written on it, and black Converse shoes.

CSPD said she was seen earlier this evening on her bicycle, near Woodmen Road, just east of Academy Blvd. Her bicycle is a chrome-colored BMX with side pegs.

Anyone with information on Holly’s whereabouts is asked to call the Colorado Springs Police Department at (719) 444-7000.