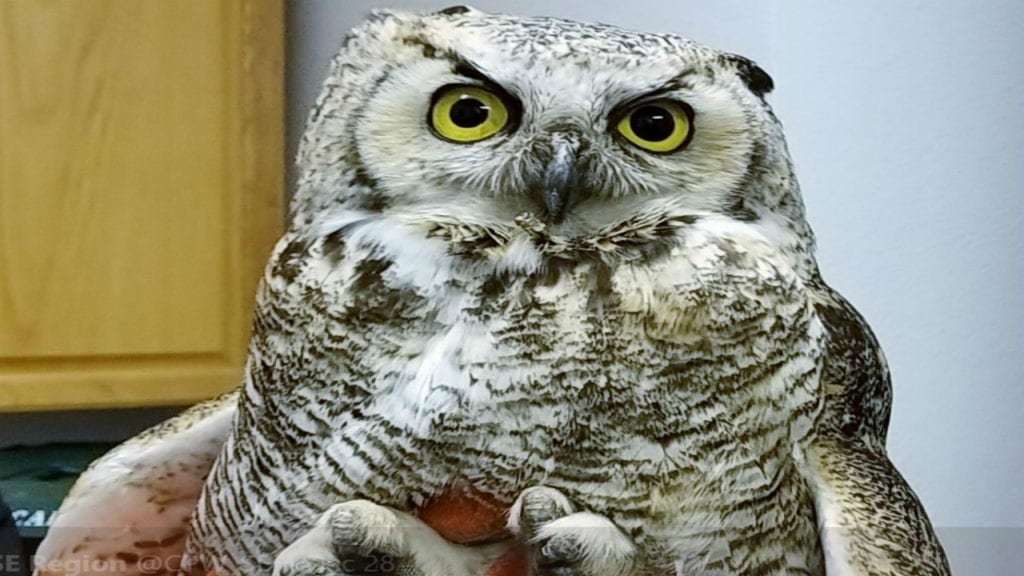 The owl was brought in by a citizen to the CPW Southeast Region Office in Colorado Springs on Friday.

The officers observed some clues that may indicate the raptor has a head injury, but they’re not entirely sure.

“We do see that one eye is slightly more dilated than the other which could be a sign of head injury possible. We’ll get him to a rehab facility and see if we can’t get him up and going around in rehab so we can get him back out to the wild,” Officer Phil Gurule said in a video posted on Twitter.

Watch @COParksWildlife officer Phil Gurule assess this Great Horned Owl and hear the owl snap its bill loudly as a threat response to the stressful situation. But Gurule is no threat. He’s going to send the owl to the Nature and Wildlife Discovery Center in Pueblo for rehab. pic.twitter.com/uWJXxX7lBR

The owl is now headed to the Nature and Wildlife Discovery center in Pueblo for rehab.