PETERSON AFB – In the height of the Cold War, a colonel with the Continental Air Defense Command (CONAD) took a phone call.

A child was on the other line, asking to talk with Santa.

“That colonel that was on duty was very quick on his feet. Although he thought it was a prank call to begin with, he caught up to what was happening pretty quickly,” said Maj. Andrew Hennessy, who works at North American Aerospace Defense Command (NORAD).

That quick thinking paved the way for a Christmas tradition now in its 63rd year. With the help of around 1,600 volunteers, NORAD tracks Santa’s every move on Christmas Eve as he delivers presents to households around the world.

They’re helped by the defense agency’s plethora of high-tech resources, like radar, fighter jets (which escort Santa across North America) and satellites that can pick out a certain reindeer.

“Geosynchronous satellites that really are able to lock onto that unique heat signature on Rudolph’s nose,” Hennessy said.

It doesn’t stop there.

Waves of volunteers staff 200 phones inside the operations center for two-hour shifts, beginning around 3:00 a.m. and ending at midnight. 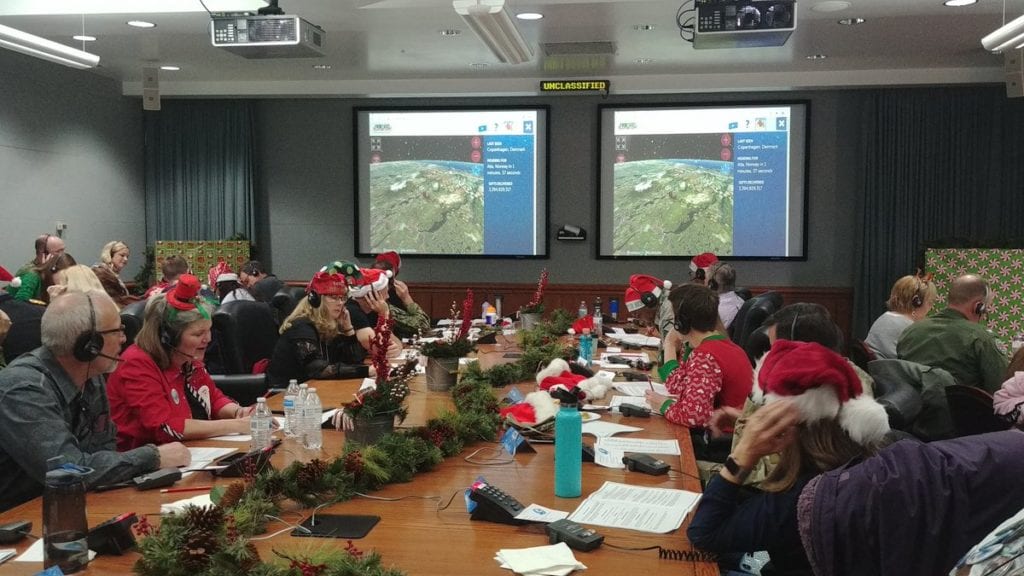 The phones do not stop ringing, and the volunteers, like Monica Sackuvich, don’t stop answering them.

“It’s always great to bring in some more Christmas spirit. All the kids are very happy. We just love all the phone calls and it makes me feel really good,” Sackuvich said.

The decades-old efforts helps spread Christmas cheer around the world, reminding children that Santa only has one rule.

“They need to be in bed for Santa to come to their house, otherwise he might circle back. But, we know after 63 years that he will not come to a house with a child that’s awake,” Hennessy said.