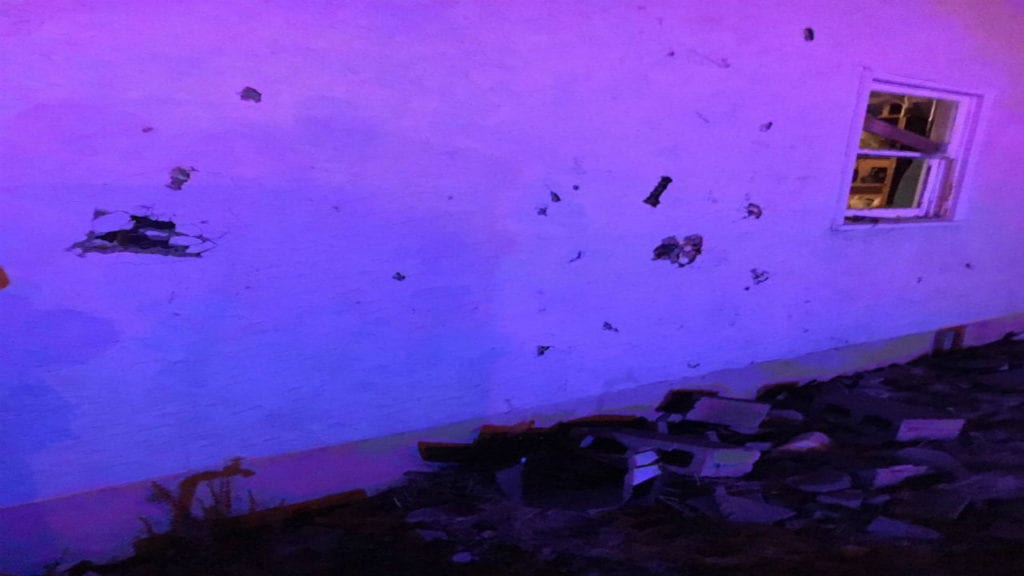 PUEBLO – Two people are in the hospital with serious injuries and a homeowner has a big mess to clean up this morning in Pueblo.

Two people were inside of a car traveling at a high speed when the driver lost control and they slammed into a cinder block wall in the 3400 block of W. Northern Avenue at about 1:20 a.m. Saturday morning. The impact was so hard that pieces of the cinder block damage a nearby garage wall and broke a neighbors window.

A car parked in the backyard of the home was also hit by the vehicle. Rescue crews had to cut the car open in order to rescue the two people inside.

The names of the driver and passenger have not been released as of yet.

At 1:20 a.m., officers responded to a crash, 3400 blk. W. Northern. A vehicle traveling at a high rate of speed went off of the road, crashed through a cinder block wall & hit a parked car in the backyard of a residence. The driver & lone occupant sustained serious injuries. pic.twitter.com/aDLnvSGvTS