Concrete truck goes off road, tips over in Pueblo

PUEBLO – Just after 2 p.m. Tuesday, emergency crews and tow trucks responded to an area on South Joplin Rd. near Runyon Lake in Pueblo.

The crews were there to pull a concrete truck out of a ditch.

The mixer on the truck appeared to have separated from the rest of the vehicle.

Police said the driver drove too close to the edge of the road and the truck tipped over.

The driver was taken to a local hospital with undisclosed injuries. 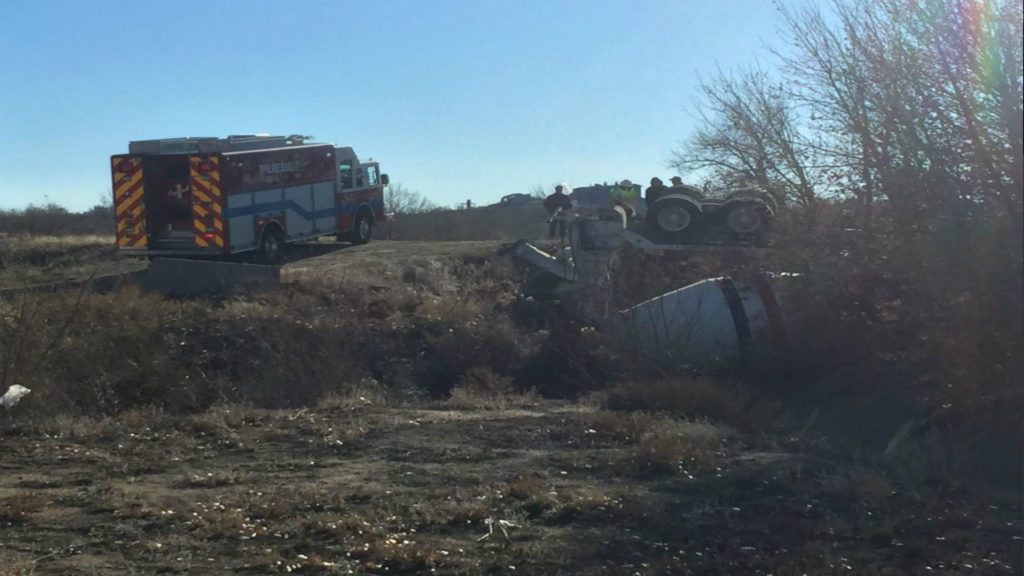