DENVER – The Colorado Springs Police Department reports a 39-year-old Colorado Springs man was sentenced this weekend by a U.S. District Court Judge and will now spend the next 25 years in a federal prison.

Miguel Lerma Cruz, aka Danny Ortega, pled guilty to drug and gun crimes, as well as carjacking, and was sentenced to 25 years by U.S. District Court Jude R. Brooke Jackson. 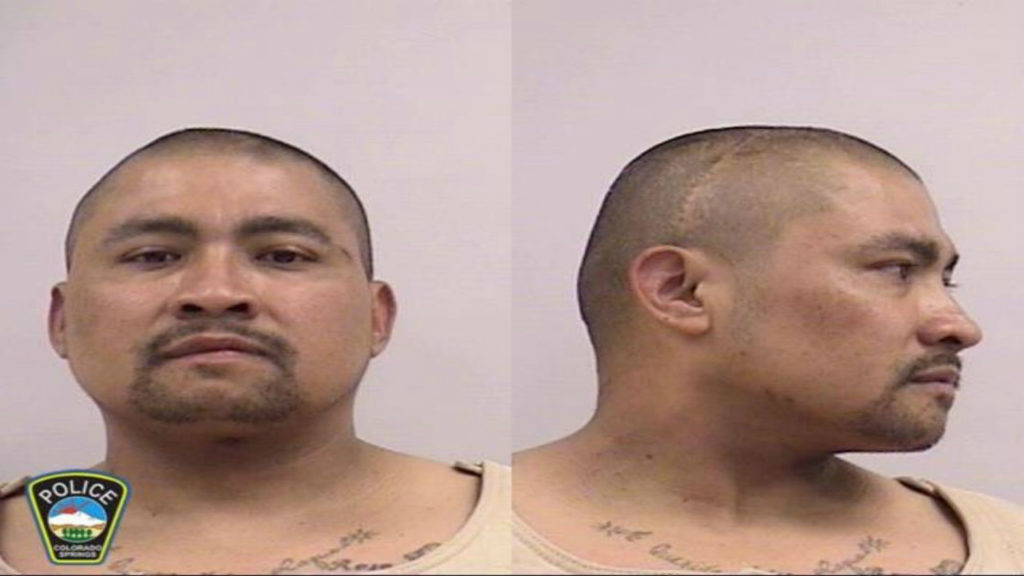 According to CSPD, on May 29, 2017, officers were dispatched to a disturbance at the El Ranchito Meat Market in Colorado Springs. A woman had called police and said Cruz had threatened her. She said he had reached for his waistline and held what appeared to be the handle of a firearm.

When officers arrived and attempted to contact Cruz, he slammed his pickup into a marked police vehicle and then fled the scene. Officers pursued the vehicle over “a considerable distance through heavily populated areas of the city” as Cruz refused to stop.

Cruz eventually ran a red light and struck two vehicles, disabling his pickup. CSPD said Cruz then got out of his truck, dropped a 9mm pistol, and then while carrying an AR-15 type rifle, stole a woman’s car. Officers pursued, but eventually lost Cruz.

CSPD said that when they searched his pickup, they discovered 270.7 grams of heroin, 623.6 grams of meth, and $20,000 in cash and ammunition. An additional $10,000 in cash was also discovered in the vehicle. A subsequent investigation led to the search of another vehicle the suspect had used. Inside this vehicle, officers found a Ruger Mini 14 rifle, two loaded magazines for an Ar-15, a gun cleaning kit, a bag with a “personal use amount of cocaine,” three boxes of 12 gauge shotgun shells, a box of 9mm ammunition, and four spent .40 caliber shell casings. The casings were analyzed and matched to two earlier shooting, including a homicide, according to CSPD.

On June 1, 2017, detectives located Cruz in Colorado Springs and the CSPD Tactical Enforcement Unit took him into custody. A search of the vehicle he was driving at the time of his arrest turned up approximately $4,000 in cash and an AR-15 style rifle with a sawed-off handle, according to CSPD.

“The defendant went on a crime spree, injuring some, endangering others, and rightfully will spend the next 25 years in prison,” said U.S. Attorney Jason R. Dunn. “The Colorado Springs Police Department and the ATF did an outstanding job working to identify, locate, and arrest this dangerous individual.”

“Cruz was a threat to the community. We are proud to have put him behind bars for a very long time,” said Debbie Livingston, ATF Denver Special Agent in Charge. “We would like to thank the Colorado Springs Police Department patrol division, robbery unit, and tactical enforcement unit. They were essential in this investigation. Our partnership with them is truly a force multiplier in combating violent crime.”