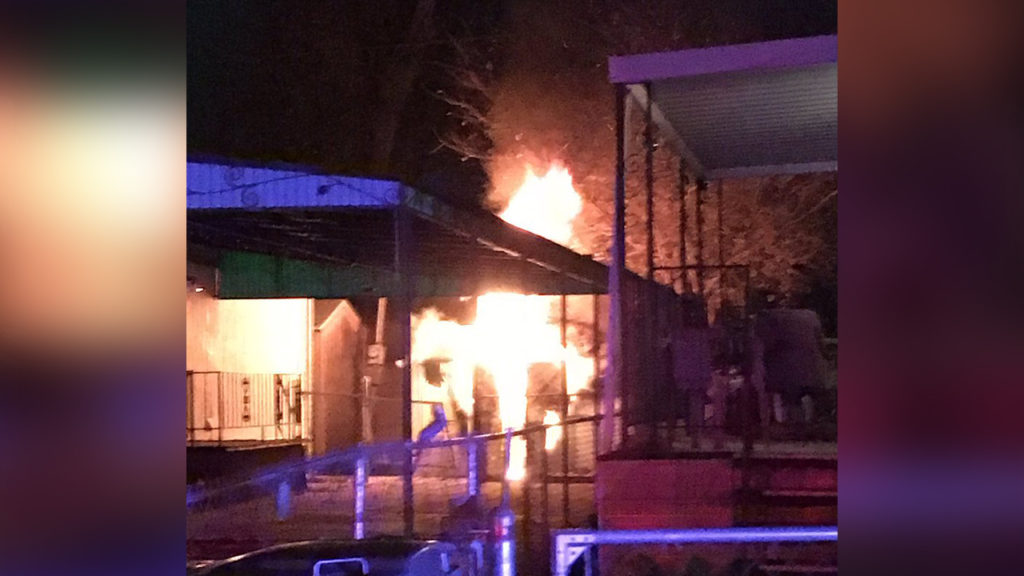 PUEBLO – Pueblo Police said a man was taken to Denver for treatment after he suffered severe burns they say was likely from a fire behind a home near Lake Minnequa.

Police and firefighters were dispatched to a structure fire off of Alia Court around 2:25 a.m. Thursday. When they arrived, a shed behind a mobile home was engulfed in flames.

Police said they found the man suffering from severe burns to his right hand less than a mile away from the mobile home around 3:20 a.m. The man claimed he burned his hand on a stove while staying with a relative, but police said he didn’t know the relative’s address and there was no record of the woman’s name he provided to police.

Officers said they believe the man was staying in the shed and could have started the fire to provide warmth.

Police said the fire was contained, and the official cause is still under investigation.