COLORADO SPRINGS – Following the Pittsburgh synagogue shooting last Saturday, numerous people and organizations have stepped up to raise funds and offer assistance to the families of the victims. 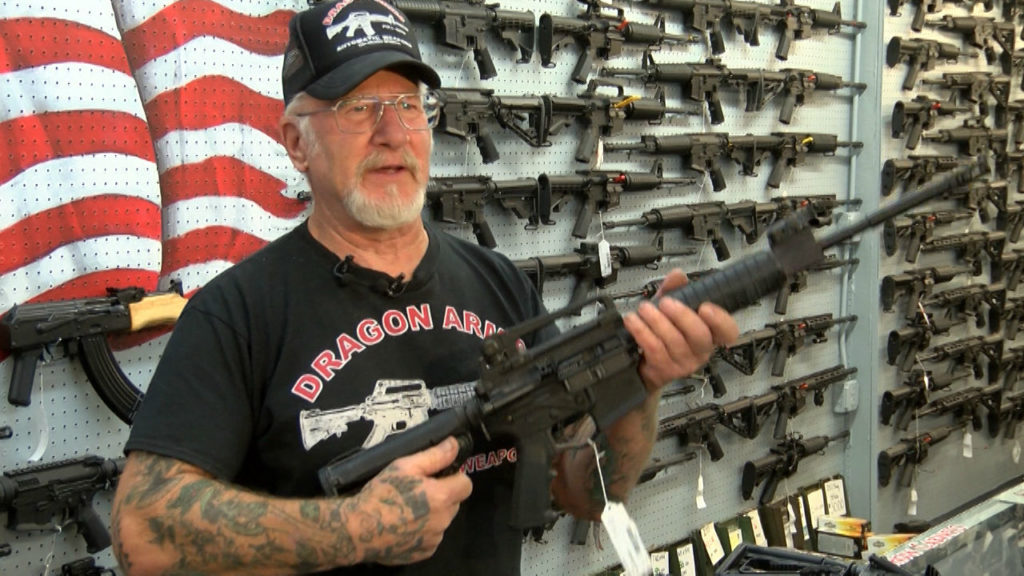 “I don’t really like what’s going on in the country and I’m offering free AR 15’s rifles with 2 magazines and a hundred bullets,” he said.

There is a mixed reaction to Berstein’s offer.

Jeff Ader, with Temple Beit Torah, spoke with Bernstein and his daughter earlier today but turned down the offer as it stands.

“I think he is absolutely generous in what he wants to do, I think he wants to help and is very well-intentioned. It just isn’t for us,” Ader said.

Ader has been working on reaching a compromise with Bernstein, opting for a handgun instead.

In the end, though, Ader says this is not a solution to the violence problem many groups are forced to tackle.

“Arming people is a preventative measure, it’s not part of the solution at all,” he said.
“The solution is civil discourse.”

Another local rabbi said he’d prefer not comment on the offer but agrees this is a good measure to protect the Jewish community.

News5 spoke with Scott Levin with the Colorado Anti Defamation League. Levin isn’t so fond of the idea. He says that to him, a rabbi with a gun causes image issues and he feels as though it would be a disruption. Levin also says that he believes there should be panic buttons installed and that he’s fine with armed security personnel, but he believes armed clergy sends the wrong message.

We also spoke to another woman who attends services at various synagogues. She asked to remain anonymous. She said the offer of the free AR-15 was nice, but the weapon is too big. She didn’t have a problem with a rabbi having a handgun. She said that many of the people who attend with her are actually already carrying weapons and that they do so discreetly.

News5’s Jessica Barreto is following up on the offer and possible implications. See her report tonight on News5 at 6 p.m.