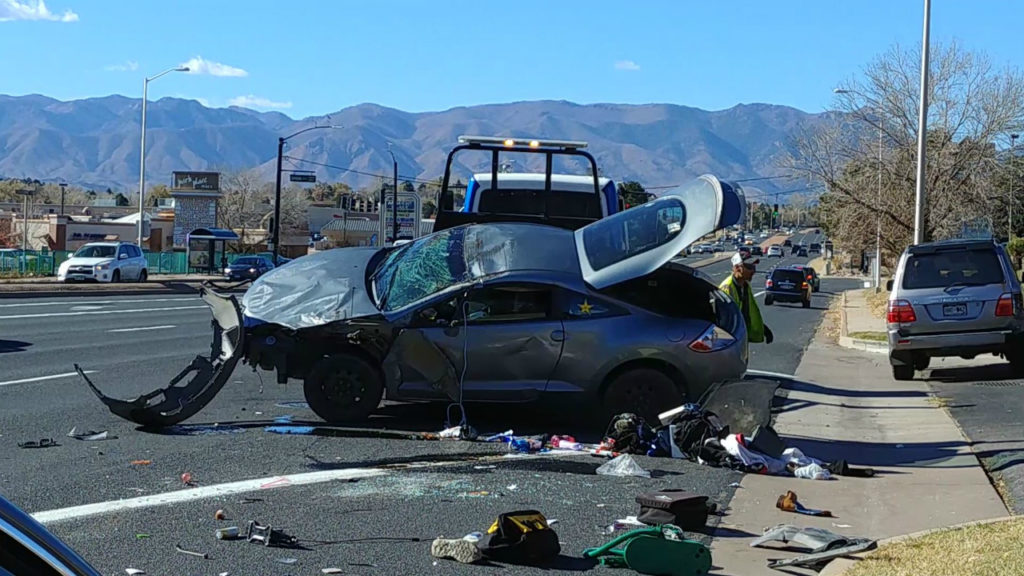 COLORADO SPRINGS – Just before 1 p.m. Sunday afternoon, CSPD officers with the Falcon Patrol Division responded to a rollover crash near the intersection of Academy Blvd. and Union Blvd. in Colorado Springs.

CSPD said at least two people fled the scene on foot, while one person remained at the scene.

The individual who stayed at the scene was in possession of several boxes of new, unopened tools valued at over $1,000. According to CSPD, the tools had been stolen from a local home improvement retailer.

CSPD said this individual was also found to be in possession of “a quantity” of methamphetamine.

This unidentified person was transported to the El Paso County Criminal Justice Center for Unlawful Possession of a Schedule II Controlled Substance and theft.

CSPD said their investigation into this incident is ongoing.